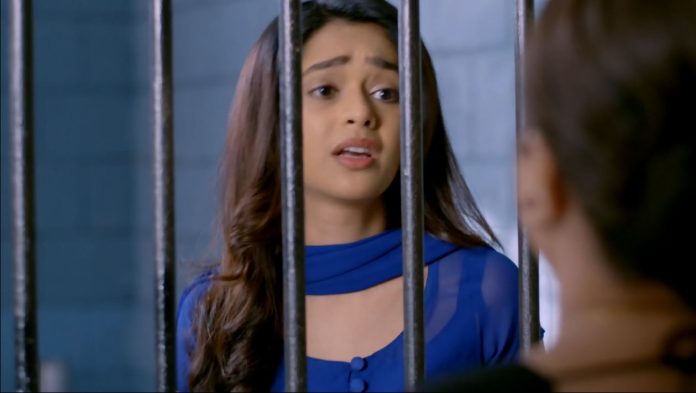 Zee5 Exclusive News Upcoming Trailers Top 4 Tujhse Hai Raabta Kalyani tries to win Anupriya’s heart. She picks the pearls from the heart. Anupriya scolds her for breaking the pearls string. She feels Kalyani is Mathuri’s daughter and has proved her wrong by displaying Madhuri’s values. Kalyani feels too hurt by hearing her words. Later, Kalyani and Malhar get into a confronting moment. Kalyani tells him that he has been wrong to shoot her down after they already lost Moksh.

She didn’t expect him to lose out his rage and shoot her. Malhar tells her that he wants his answers for lying to him and staying away for years. Kalyani tells him that she doesn’t owe him any clarification, until he answers her about his move to shoot her. Malhar and Kalyani’s row gets them into a moment. Will their new Raabta begin?

Ishq SubhanAllah:
Ruksar threatens Zara to stay away from the family. Zara doesn’t care for anyone’s threatening. She has promised Kabir that she will prove the power of musical healing by treating Shahbaz. Shahbaz falls down the wheelchair. His state gets worse. Zara is worried when Kabir confronts her about Shahbaz. Ruksar blames Zara for using the wrong method of treatment for Shahbaz. She asks Kabir to throw out Zara from their lives.

She doesn’t want him to give another chance to Zara. Kabir has promised to give a fair chance to Zara to prove herself. He doesn’t go against his word. Zara tells that she has forgiven Shahbaz from her heart and just wishes his quick recovery.

Kundali Bhagya:
Preeta suffers yet again when she gets ousted from her own house. Sarla throws her out in a fit of rage. She doesn’t want Preeta to invite more troubles for herself and the family. She asks Preeta to go away anywhere she wants. She doesn’t want to be with her daughter, who has no respect of her mother’s sentiments. She feels bad that Preeta always goes against her words for any reason concerning Luthras.

Kundali Bhagya:
Pragya tries to meet Abhi at his office to confront him about getting Prachi arrested by calling her home. She blames him for ruining Prachi’s life. She tells that she told Prachi that no one is true and selfless in big cities, they aren’t loyal and find their own benefits first. She asks Abhi how could he put Prachi behind bars. She fails to find him in the cabin. She misses to see Abhi’s picture kept on the desk. Aaliya wants to keep Pragya away from Abhi.