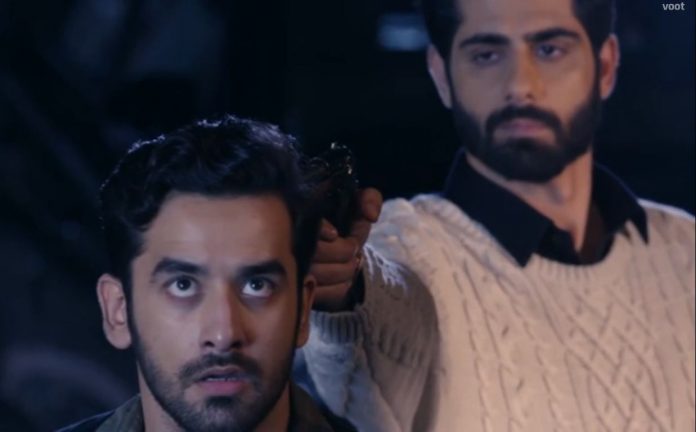 Ishq Mein Marjawa Update Shocking Vansh shoots Kabir 2nd September 2020 Riddhima is ready to put her life at stake to unravel the mystery of her secret enemy. She wants to know who is trying to kill her when everyone else in the family wants to oust her from the house. Dadi wants Riddhima to perform the Ganpati puja. Vansh doesn’t want to stay back when Riddhima leads the puja. Dadi asks him to attend the puja, since his relation with Bappa is the same. Vansh attends the puja angrily.

He doesn’t like to see Riddhima and suppresses the fire of his rage. Riddhima breaks the explosive coconut, but stays safe. Her smart move shocks everyone. Riddhima suspects that someone from the family wants to harm her. She recalls spotting the explosive coconut in the temple area and destroying it before the puja. She knew that someone is trying to take her life. She wants to know who is behind the master plan.

She suspects Vansh, Ishani, Aryan and Anupriya. All of them have hurt her sentiments and threatened her clearly. She knows that they don’t like her and can go to any extent to hurt her. She is thankful to get a hint from Bappa on time. She could have been injured if she didn’t spot the faulty coconut in time.

Dadi makes Vansh and Riddhima perform the Ganpati Visarjan rituals. Dadi wants them to stay happy from now, by sending all their problems with Ganpati. Riddhima knows everyone in the family has masked their intentions and playing safe.

She wants to find the secrets hidden behind the huge walls of VR mansion. She prays to win the battle with the evil forces in VR mansion. Riddhima suspects Vansh to be the culprit after finding a suspicious powder in the bathroom. She confronts Vansh about it. She taunts him of planning her murder as he killed Ragini too. Vansh loses his cool on her instigation. He defends himself that he didn’t kill Ragini, she left him by her own wish. He adds that he didn’t plan to harm her and none in his family could do so.

He tells her that he doesn’t need any plan to kill her, he can kill her any second he wants. Vansh yells at her as before. He tells her that her next mistake will make her out of the house and even Dadi can’t help her then. He warns her to stop digging out his past. Riddhima doesn’t want to leave her mission due. She wants to find out Ragini and Vansh’s past. Even when he clears her suspicion, she doesn’t believe him, knowing his criminal record. She wants to inform Kabir about the attack on her.

She feels scared to stay in VR mansion. Kabir comes to secretly meet Riddhima. Vansh happens to see her signalling someone from the window. He sees a guy in the lawn. Vansh rushes to catch Kabir. He gets Kabir at gun point and learns Riddhima’s deceive. He shoots down Kabir, much to her shock. Will this be reality or one of Riddhima’s nightmares? Really interesting to watch the next episode. Keep reading on Tellyreviews.com to catch up the latest news on this show.

Reviewed Rating for this particular episode Ishq Mein Marjawa Update Shocking Vansh shoots Kabir 2nd September 2020: 3/5
This rating is solely based on the opinion of the writer. You may post your take on the show in the comment section below.