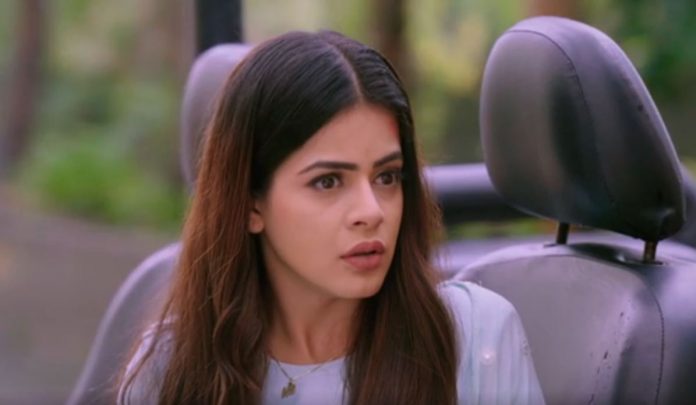 Shakti Latest Kareena entry Heer gets attacked Soham meets Kareena and tells her that he is aware of his enmity with Soumya. He shows Heer’s picture. He tells that Soumya lived for Heer, who is actually a kinner. He asks Kareena to take Heer with her. He asks her to join hands with him. He tells her that he will get Heer anywhere she tells. He asks her to take her revenge on Mallika/Saaya as well. Kareena is glad that he has come to help her. She asks him not to explain her what’s right. She provokes him. He asks her if she will do his work.

She agrees to kidnap Heer. Rohan takes care of Heer, while Soham plots to make her away from their lives. Meanwhile, Nutan meets Virat. He wants Nutan to explain the world before explaining him. He doesn’t want her to trouble him further. He tells her that he will not change his decision. Rohan encourages Heer. Heer asks for his surprise. He tells her that he will get an icecream for her. Soham gets enraged to see Heer.

Soham stops himself when he finds Virat around Heer. Soham hides from them. Heer asks Virat to stop following her. He tells her that she should stop sending Nutan to him, since he hates Nutan and also her. She tells that Nutan isn’t after him, if he hates to meet her, then he should sanitize himself. She finds him obsessed with her. She suggests him to meditate and try to stay happy. Virat asks Heer not to give him any advice.

They get into a bitter argument. Rohan returns and finds Virat with her. Heer asks Virat to have the icecream, since he has turned bitter after breaking up with her. Rohan congratulates Virat for his marriage. Heer tells Virat that he isn’t important for them. She ignores him. Soham calls up Shanno to tell his plan. Rohan gets Shanno’s call. Rohan tells Heer that he has to go and help Shanno. Heer asks him to quickly go and come.

Soham tricks Heer. He sweetly apologizes to her for hurting her heart. He tells her that he will take her on a long drive. She doesn’t want him to hurt her sentiments again. She refuses to go with him. He thinks how will he take her to Kareena. Heer tells Soham that she isn’t angry on him. She offers the icecream. Heer goes with Soham. Harak is worried about Heer. Preeto and Harak want to find out who had tried to kill Heer. Shanno disturbs Preeto’s mental peace. Shanno threatens to blurt out Heer’s truth to everyone.

She tells that doom is close when her patience ends. Preeto wants to watch her act. Shanno is sure that Soham will drop Heer to Kareena’s place. Soham’s jeep breaks down. His plan to take Heer to the kinner community works out. He acts to check his jeep. He makes an excuse to leave Heer alone and go away. Heer gets a huge shock when Kareena and her gang surrounds her. Preeto grows paranoid when she senses that Heer is in deep trouble. Preeto and Harak learn Soham’s huge crime and reprimand him. Preeto slaps Soham and demands an answer about Heer’s whereabouts.

Reviewed Rating for this particular episode Shakti Latest Kareena entry Heer gets attacked: 2/5
This rating is solely based on the opinion of the writer. You may post your take on the show in the comment section below.