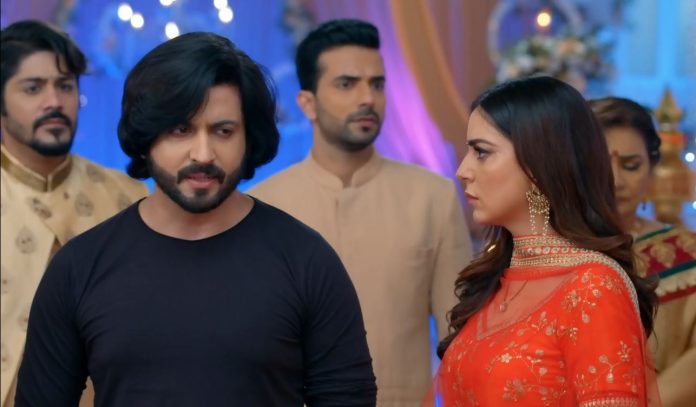 Kundali Bhagya Karan denial expected by Preeta 4th Sept Preeta tells the NGO Ladies that Mahira is her Sautan. Karan asks her to stay in limits and remember her manners. The ladies ask him to support his wife than fighting for the second woman. Rishabh agrees with them. He gets praised to be a true person. They ask him if Karan and Preeta got married.

Rishabh admits that the marriage has really happened, he is the witness of their marriage. He asks the family not to expect him to be lying. Sherlyn tells them that Preeta is Rishabh’s good friend, so he is supporting her. Karan asks Sherlyn not to speak against his brother. He doesn’t want Sherlyn to lie. Ramona asks Karan to understand Sherlyn’s move. Karan tells that he hates lies. Preeta instigates him to tell the truth, if he married her by cheat or not. She tells him that he can deny the marriage if he wants to lie.

She asks him to speak the truth if he dares to. The NGO ladies ask Rakhi and Rishabh to support Preeta in getting justice. Karan doesn’t want them to question him or his family. He gets rudely. He asks Preeta to at least respect their old friendship and leave the house. She doesn’t want to leave. She tells him that his house belongs to her, she didn’t come to leave.

Karan calls the cops. The NGO ladies tell him that they need police and he has helped them by calling the police. He tells that the police will support him and then Preeta will apologize to them. Rakhi feels bad that Preeta took a wrong step by bringing the NGO ladies home to defame them. Ramona asks Rakhi why is she always talking of Preeta. She blames Rakhi. Kareena doesn’t think Rakhi should get blamed always. She brainwashes Rakhi against Preeta. Ramona apologizes to Rakhi. Rakhi tells that she didn’t expect this from Preeta. She doesn’t want Preeta to win her heart again.

On the other side, Sarla feels she was wrong to think Prithvi is the best guy for Preeta. Her misunderstanding gets cleared about him. She has seen his true face now. She tells him that Karan is better than Prithvi, he isn’t dual faced like him. She lectures Prithvi on his cheap mentality. She tells that she will never accept him for Preeta.

Prithvi yells at her. He tells that she can’t insult him. He threatens them. He hates Shrishti. He tells that he will make their lives hell. He looks for Preeta. Sarla tells that Preeta has gone to Luthra house. Janki hits him to get him under control. Sarla and Shrishti scold Prithvi and oust him from the house. Prithvi wants his revenge on Karan, who snatched Preeta from him. Karan tells Rishabh that Preeta can’t be a right girl, she is greedy for money.

Kritika tells that she doubted on Preeta on seeing her with the NGO ladies. Bani tells that Preeta left the decision on Rakhi and then came back. Karan also finds her a cheat. Bani wants Rishabh to realize Preeta’s truth. She assures Mahira that Preeta won’t come inside the house. Rishabh tries to explain Karan that police will support Preeta. Karan is sure that the lady inspector, who is his big fan will not support Preeta.

Sameer asks if Preeta won’t get justice. Rishabh is tired of explaining Karan. Preeta isn’t scared of police, since she is true and really married to Karan. Karan talks of truth, and prepares to lie about his marriage. He thinks Preeta isn’t married to him, since the marriage has happened by deceive both the times. Karan fails to get the support from the police. Preeta fights for her rights and wins the battle with Luthras. Will she throw out Mahira? Keep reading.

Reviewed Rating for this particular episode Kundali Bhagya Karan denial expected by Preeta 4th Sept: 2/5 Dragging
This rating is solely based on the opinion of the writer. You may post your take on the show in the comment section below. 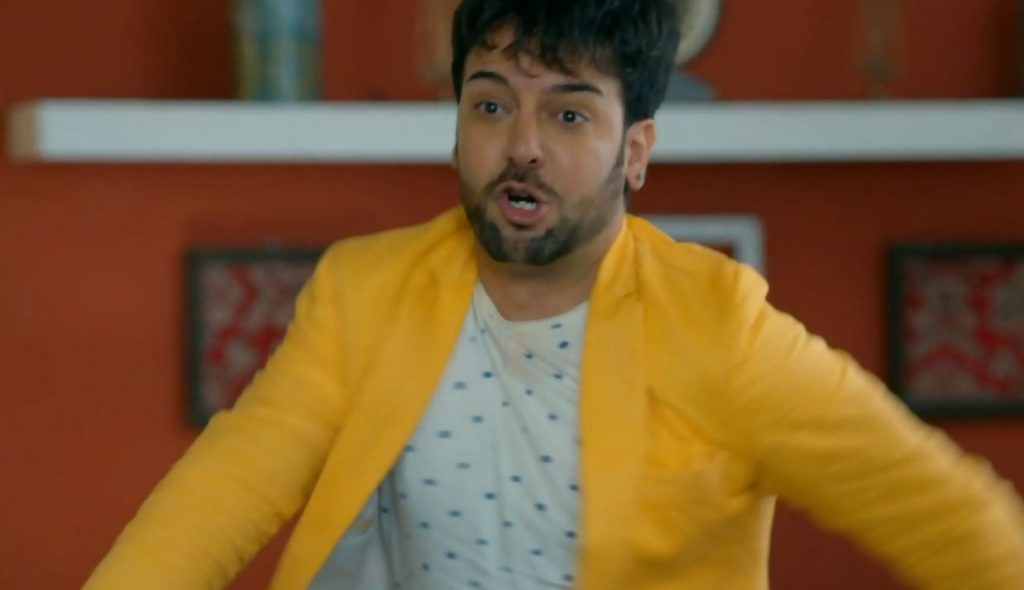