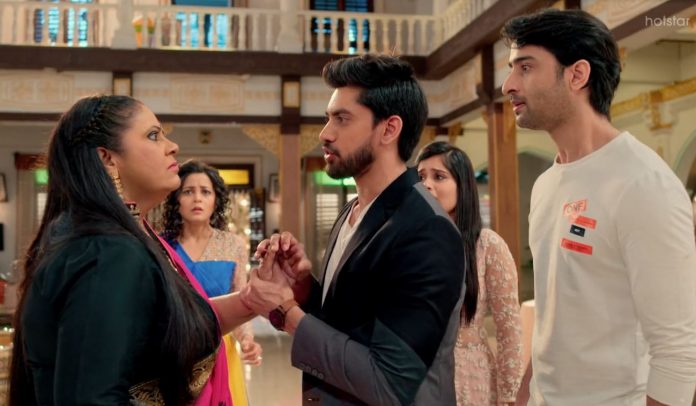 Rishtey Pyaar Shocker for Kunal 3rd September Update Meenakshi tells Abir that Mishti has no place in their house. Abir asks her how can she decide for his life, Mishti is his life, he can never live without her. She asks him to think of his future, when he stays childless, he will regret to have Mishti in his life. She tells him that she lets him win in their fight always, but this time she will not let him win. Abir asks her if she would get him remarried.

She tells him that she wants to definitely get him married to someone who gives her an heir. Abir is shocked, while Vishwamber finds her disgusting. Vishwamber feels she doesn’t have a heart of a mother. He wants Mishti to come with him. Abir begs him to not separate Mishti and him. Vishwamber doesn’t listen to him. He knows Meenakshi won’t let stay her stay happy.

Kunal asks Meenakshi to stop Mishti. He tells that Kuhu and he will plan a child and give the family an heir. Meenakshi shocks him by telling him that she wants an heir from her own son Abir. She doesn’t want Kunal’s child. Kunal gets heartbroken when she proves that he isn’t her son. Meenakshi doesn’t care for his feelings. Abir feels bad for Kunal. Mishti and Abir request Vishwamber to not part them away. Abir tells Vishwamber that he will also come with Mishti.

Vishwamber tells that he can’t separate him from his family. Abir tells that Meenakshi never understood her son, she is stubborn and does her wishful. He wants a chance to save Mishti from injustice. He promises to never leave Mishti. Vishwamber trusts him and gives him a chance. Abir gets Mishti home. Meenakshi stops them from entering the house. She doesn’t want Mishti to live with them. Kunal is shattered recalling Meenakshi’s words.

Parul consoles him. She tells him that Mehul left her, her life sank in darkness, but he has come in her life as light, he has given her a new life. He tells her that Abir can end the darkness in his life. Parul tells him that he should never leave Abir. Kunal promises to support Abir. Abir tells Meenakshi that he doesn’t want to become a father, since his baby doesn’t deserve a Dadi like Meenakshi. He hurts her sentiments. He tells that if ever he gets a child, he will keep his child away from her shadow. Meenakshi raises hand on him.

Kunal protects Abir and opposes Meenakshi for the first time. She asks him not to intervene. When he doesn’t listen, she asks him if he won’t listen to his mum. Kunal cries out and tells what Abir means to him. He tells that he is already listening to his mum and taking a stand against her. Meenakshi realizes Parul has trained him to oppose her. Abir doesn’t want Kunal to face Meenakshi’s wrath. Entire family gets super tensed when Meenakshi spreads her rage.

Meenakshi challenges Abir to see what she can do. She is ready to do anything to get Abir remarried. Kunal tells her that Parul taught him to support Abir. Abir tells Meenakshi that he can’t stay in the house where Mishti got insulted. He decides to leave the house. Meenakshi doesn’t change her decision. Abir knows that she will try to blackmail him. He doesn’t want to fall into any of her dramatic plans. She targets soft-hearted Mishti.

She knows that Mishti will come into her emotional drama. Mishti blames herself for being a reason for the family dispute. She doesn’t want Abir to leave the family. Meenakshi plays with her emotions by sending her suicide note. Meenakshi is sure to win this time. She plans a fake suicide move to compel Mishti to leave from his life. How will Abir protect Mishti from Meenakshi’s plans? Keep reading. 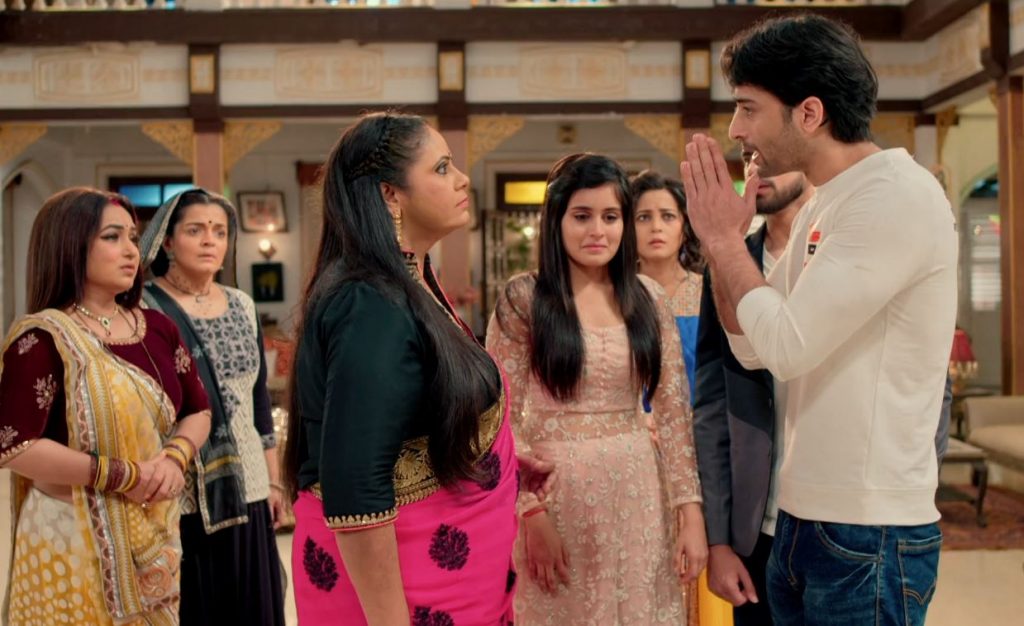 Reviewed Rating for this particular episode Rishtey Pyaar Shocker for Kunal 3rd September Update: 3/5
This rating is solely based on the opinion of the writer. You may post your take on the show in the comment section below.