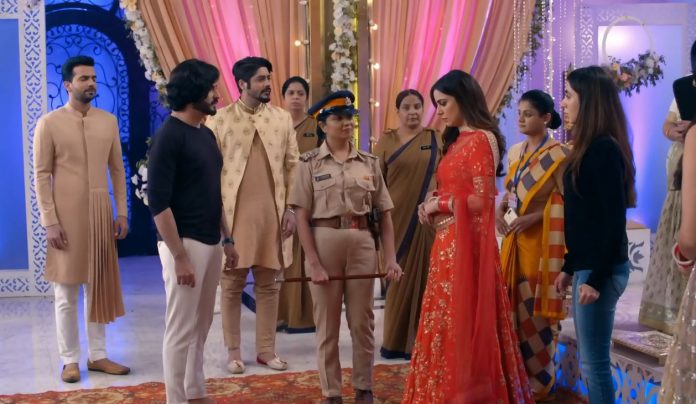 Kundali Bhagya News Upcoming twists next week Sherlyn finds Prithvi in the Luthra mansion. He asks her what is Preeta going in the Luthra mansion when the family ousted her. She finds him drunk. He tells her that none can hurt him. She asks him to go away, he will be beaten up if anyone sees him. She tells him that he looks hurt. He hides the fact that Sarla has slapped him. He knows that she will always help him, she is the smartest of all.

He wants her to kick out Preeta from the house. Sherlyn worriedly promises him. She wants to know why is he frustrated. He tells her that he wants to remind Aroras about their mistake to reject him. He wants to punish Preeta. He worries on knowing that the police has come. She tells him that police has come on Karan’s call. She sends him away. He wants Preeta to get ousted. Karan tells the inspector about Preeta, who is troubling him.

The lady inspector is his big fan. She wants to help him. She never expected to meet him. She takes a selfie with him. Sherlyn thinks Karan will get the police on his side. Karan complains about Preeta. Preeta reveals that she is married to Karan. Karan denies the marriage. He asks NGO ladies to let him talk. He accuses Preeta for trying to kill Mahesh and also kidnapping Rishabh.

He further exclaims that Mahesh has slipped into coma because of Preeta’s second attempt to murder him. He wants inspector to arrest Preeta. Preeta shockingly calls Karan right. She tells them that Karan makes such stories, he has no evidence against her, he just accuses her. She denies the blames. She tells the police that Karan fainted her groom Prithvi and took disguise to marry her. She complains that Karan abandoned her after marrying her, he had cheated her, he had broken her heart after giving her many hopes.

She tells him that she had regarded him her husband after the marriage, but he denied. Karan accepts that his society wasn’t present there, he won’t acknowledge it. Preeta tells that Rakhi was also there, he can’t deny it. Karan tells her that Rakhi was there, but his family wasn’t there. She asks him not to get bitter and adamant. She tells him that marriage has happened even today but he is still refusing to accept her. She tells that she is in her bridal dress, since she has married her husband once again.

Moreover, Preeta tells that Karan cheated her behind the sehra and today Karan didn’t know about her presence in the mandap. She tells that his entire family is present here, they have to accept the marriage. She exclaims that his family wants to undo the marriage rituals. She tells that marriage can’t be undone. Karan tells Preeta that she has accepted all the crimes. The NGO ladies support her. Sherlyn and Mahira tell the police that Karan isn’t married to Preeta, there is no proof, its not true, Preeta planned everything to make an entry.

Consequently, Mahira accuses Preeta for attempting to kill her. Her allegations don’t work. Inspector asks her to go ahead if she wants. She asks Karan to provide the evidence against Preeta that she tried to kill Mahesh or kidnap Rishabh. Rishabh tells the police that Preeta didn’t kidnap him, its not true, his family assumes so. He tells that he was kidnapped, he knows it well that Preeta is innocent. He knows that Karan loves him, but the fact won’t change.

Karan asks Rishabh not to tell anything. Rishabh asks Karan to come to senses. He feels bad that Karan is accusing Preeta without any valid proof. Karan accepts Preeta as his wife just to save his family from the mess.

Reviewed Rating for this particular episode Kundali Bhagya News Upcoming twists next week: 4/5
This rating is solely based on the opinion of the writer. You may post your take on the show in the comment section below. 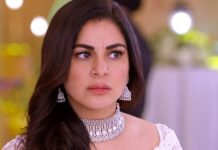 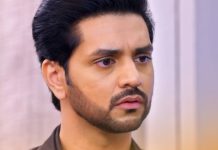