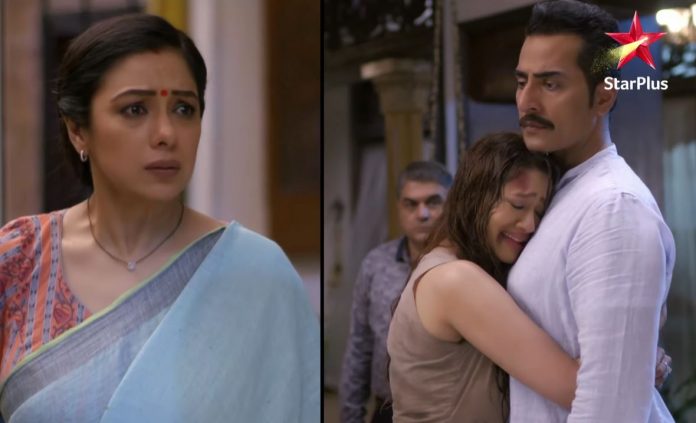 Anupama Tellyreviews Promo Kavya to break Vanraj’s marriage. Vanraj is attached to his family a lot, even when he doesn’t have any feelings for Anupama. He tells Kavya that he loves her, while he feels suffocated to stay in his marriage with Anupama. Kavya wants to marry him. She decks up as his bride to propose him for marriage. Kavya doesn’t want to stay as the second woman in his life.

She wants him to divorce Anupama, just like she is divorcing her husband Anirudh. She tells Vanraj that he needs to choose either of Anupama and her. Vanraj gets into a big dilemma. Vanraj can’t repeat the same mistake like Paritosh by choose a girl’s love and leaving the entire family. He refuses to Kavya’s proposal.

He stays rooted by his heart. He doesn’t want to cheat the family. He chooses to keep the affair a secret. Kavya refuses to take their affair ahead, if he doesn’t marry her. She threatens him of getting the truth revealed to Anupama. Vanraj pacifies Kavya, feeling insecure of her relation with Anirudh. His fears of Anirudh exposing his affair gets high. Even Kavya begins to pose problems for him.

Vanraj is happy in his world with Anupama and children, looking ahead to get Paritosh and Kinjal married. Kavya decides to make an entry in his world and tumble it down. She wants Anupama to know the affair so that Anupama keeps her self-esteem and leaves from Vanraj’s life on her own. Kavya begins her plans. She reaches Vanraj’s house at night in a tortured state. She complains of Anirudh harassing her. She declares her feelings for Vanraj by hugging him in front of his family. She also declares that she has left Anirudh’s house and has finally come to stay with Vanraj.

Vanraj and Kavya’s affair news shocks the entire family. Anupama recalls Devika’s words, since Devika already warned her about Vanraj and Kavya. Kavya wants her rights on Vanraj and doesn’t get away. Anupama reacts shocked to the situation. How will Anupama save her marriage? How will Vanraj save his respect in his children’s eyes? Will Vanraj be able to justify his affair? Keep reading.

Reviewed Rating for this particular episode Anupama Tellyreviews Promo Kavya to wreck a havoc: 5/5
This rating is solely based on the opinion of the writer. You may post your take on the show in the comment section below.