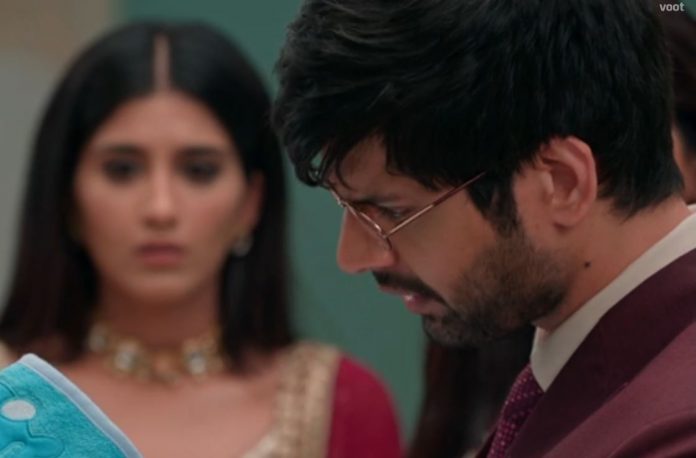 Choti Sardarni Upcoming Meher gets hint of Manav Sarabjeet executes his plan to invite Vikram and Aditi home. He wants to find out if Vikram really loves Aditi or not. Vikram gets poetic and tells that love just happens once, he loves Aditi, but his country more. Meher gets tensed when Vikram tells about his first love. Sarabjeet gets drinks for Vikram to intoxicate him and know the truth from him. His plan goes well. He thinks Vikram will soon admit the truth. Vikram asks Sarabjeet about his first meet with Meher.

He blushes when Aditi asks him who has confessed love first. Sarabjeet and Meher couldn’t confess love for each other till now. Vikram fails Sarabjeet’s plan. He tells that he will make the drink for him. He suspects that Sarabjeet has some plan on his mind and is enacting to befriend him. Meher saves Sarabjeet from the spiked drink. She doesn’t want Sarabjeet to drink whisky when Vikram insists.

Harleen understands that Meher is fooling Vikram. Sarabjeet apologizes to Vikram and tells that he has to keep his wife’s heart. Vikram tells that Meher broke his heart. Meher feels like Vikram is taunting her and reminding about Manav. Aditi tells them that she met Vikram at the hospital. Meher feels if Vikram is really Manav. She gets terrified on hearing about Vikram. Sarabjeet cares for Meher when she drops a tray in tension.

Harleen asks Vikram why was he hospitalized. Vikram tells that he was Aditi’s patient, he fell for her, it was love at first sight. Harleen tells Sarabjeet that Robby won’t be joining them for dinner. Sarabjeet makes another drink for Vikram. Vikram understands his plans. He wants to know why is Sarabjeet doing it. Sarabjeet asks him about his affairs. Vikram tells him that he had affairs in the past, whenever he shifted to different cities. Sarabjeet asks if he isn’t serious with Aditi. Vikram jokes that he isn’t serious, Aditi is just a timepass for him. He shocks Sarabjeet. He tells that he is just acting drunk like Sarabjeet.

He adds that he loves Aditi, he knows Sarabjeet doesn’t drink and made the plan to question him. Sarabjeet gets speechless. Vikram doesn’t care for Sarabjeet’s way of investigation. He hears Karan crying and goes to see him. Meher consoles Karan. Sarabjeet tries to pacify the baby. Vikram feels the urge to pacify the baby in his arms. He feels connected to Karan. When everyone fails to pacify a crying Karan, Vikram takes him into his arms and makes him smile. Meher gets surprised that Karan got calm suddenly when Vikram took him.

Vikram asks Karan to be brave and not cry. Sarabjeet tells that Karan is thankful to Vikram for saving his life. Vikram tells them that Karan is like his child as well. Meher gets too emotional. Vikram tells that he doesn’t like babies, he runs away from crying babies, but he feels attached to Karan, like they have some special bond. Meher gets alert and recalls Kulwant’s warning. Sarabjeet wants to know if Vikram and Aditi are ready to settle down. He asks Vikram when is he marrying Aditi. Vikram wants to decide with a well-thought.

He tells that he will just marry Aditi, but he doesn’t know when will that happen. He asks Sarabjeet to reveal the truth about the scam. He jokes that he will accept Aditi once Sarabjeet accepts his crime. Sarabjeet gets worried and thinks Vikram is serious. Aditi stops Vikram from making the situation tensed for Sarabjeet. Vikram gives the choice to Sarabjeet, who clears his name from the scam.

He tells Vikram that his image is clean, none can find any evidence against him. He promises Vikram that he will clear all the blames on his name before Aditi’s marriage. He wants to expose the real culprit behind the scam. Meher congratulates Vikram in advance. She tells that Sarabjeet will himself investigate about the scam and bring the real culprit in the open. She asks him to give his consent for the marriage.

Reviewed Rating for this particular episode Choti Sardarni Upcoming Meher gets hint of Manav: 4/5
This rating is solely based on the opinion of the writer. You may post your take on the show in the comment section below.