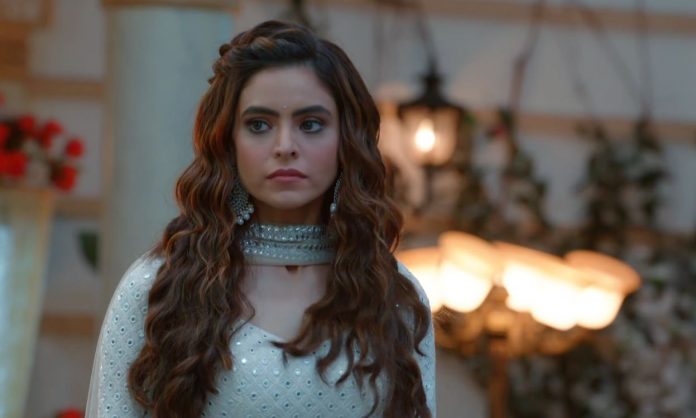 Kasautii Zindagii Update Komolika dangerous plotting Komolika threatens Prerna to give away Bajaj company shares to Basus, if she wants to save the orphanage from the demolition. She tells Prerna that the orphanage can’t get saved, Samidha and all the orphan kids will be on roads if Prerna doesn’t accept her condition. She directly reveals her true intentions. She asks Prerna if she wants to lose Samidha from losing her real daughter Sneha. Prerna gets angered. She misunderstands Anurag.

She assumes that Anurag had saved her life just to get her company shares. She thinks Anurag had sent Komolika to her to make the deal. On the other hand, Anurag finds Samidha crying and helps her out. He promises to always protect her and fight the problems for her sake. Samidha likes his talks. He asks her to give the shawl to Prerna and make her feel better. Samidha tells him that she likes him. She worries for Prerna and him as well.

He asks her to be with Prerna, who needs her. Komolika hinders Samidha. She pities Prerna who is getting attached to Samidha. She knows that seeing Samidha in pain, Prerna will shed many tears. She acts sweet to Samidha and hides her wickedness. Komolika scolds Anurag for getting close to Prerna. She doesn’t want him to ignore her. They both act lovey dovey in front of the guests and then start fighting. She reminds him that he is married to her. He asks him if he had kissed Prerna. He doesn’t want to hear her nonsense. He admits that he would kiss Prerna whenever he gets a chance, since he loves her. He makes Komolika jealous.

He confronts her about passing the demolition orders. She denies everything. He tells her that he knows her very well, she can’t fool him. She blames Prerna for cheating him. He asks her not to assume him mad. He tells that Prerna had been saving the orphanage and stopped the demolition. He tells her that he has found out how she had cheated him. Anurag tells Komolika that she will suffer a lot if he continues her evil. He asks her to mend her ways, else she will be paying for her crimes. He wants to end her chapter.

He tells her that she can’t stop him from doing his wishful. He gets fearless and out of her control. Komolika wonders how to get him back to control. Anurag tells Komolika that Prerna is still his love, even if Prerna is married to Mr. Bajaj. He loves Prerna and will always do. Prerna arrives to Basu house to meet him. Komolika wants to convince Anurag. Komolika doesn’t want Anurag to know the plans. Prerna overhears Komolika and Nivedita’s conversation. She wants to know the matter. What is Komolika upto? Keep reading.

Reviewed Rating for this particular episode Kasautii Zindagii Update Komolika plots new twists: 2/5
This rating is solely based on the opinion of the writer. You may post your take on the show in the comment section below.