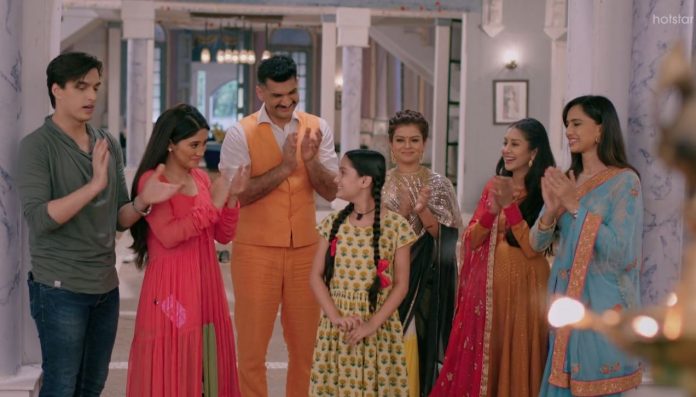 Yeh Rishta Kya Kehlata Hai Chori caught in fire Kartik apologizes to Naira and makes her emotional by his immensely true feelings. He tells her that he had realized that he has hurt her a lot by his indifference, but when he came to personally apologize to her, he has realized that he has broken her heart. He adds that he can see the sorrow in her eyes and feels responsible for it. He wants to make up for his mistakes. He knows that anger spoils a relation.

He promises to never repeat his mistake. He wants the fate to stop testing their love. Naira forgives him, because she loves him a lot. He tells her that he will not compel her to accept his apology. She stops him from leaving. They sort out their differences. Kartik and Naira spend some romantic time together, talking about their strong hearty connection.

They realize that they should deal with all the problems together. He can’t see her crying. He tells her that he will not upset her again. She tells him that they have to think the best solution for Manish. She jokes that she will punish him so that he remembers his mistake always. He gives her birthday wishes. He also makes her wear the princess ring. Kartik wants her to handle Manish. He asks her to come home with him. Naira readily agrees to him.

Kartik and Naira’s union brings happiness for the family. They are glad that Kartik realized his mistake. Naksh tells Kartik that he will not forgive him, since he always hurts Naira. Kartik apologizes to Naksh. He is happy that Naksh has much concern for Naira. He also apologizes to Chori. He is glad that she helped him and guided him well to convince Naira. Chori expresses her wish to return to Goenka mansion so that she can spend time with Manish.

She wants to take care of Manish as a friend. Kartik gets emotional seeing the get well soon card made by her. He decides to take her home, which makes her very happy. Naira asks him if he is surely taking Chori. Kartik tells that Sudha would be coming to pick Chori soon, until then Chori can stay with them and make memories. The Goenkas are worried that they didn’t inform Kartik about Manish. They get surprised when Kartik and Naira come home with Chori.

Chori looks for Manish. Suwarna gets glad to meet Naira and apologizes to her. Kartik promises the family that he will never hurt Naira or give her a reason to leave the house. Kartik and Naira want to see Manish first. Suwarna tells them that Manish has been taken to the care centre for his treatment by a reputed doctor, as suggested by Dadi and Samarth. She adds that Samarth would be staying with Manish and looking after her.

Kartik realizes that Kirti took this decision in his absence and didn’t even wait to take his consent. He feels hurt. He realizes the pain since he did the same thing with Naira. He wanted to take all the decisions alone. Kirti’s decision angers him. He calls up Kirti to confront her for taking advantage of his absence. Kirti clears to them that the decision is taken for Manish’s betterment.

She wants him to have faith and not worry. Kartik feels sorry for himself. He misses Manish, since he had taken Manish’s responsibility on himself. Kartik lays his hopes and faith on Kirti’s decision. He misses Manish badly. Naira suggests him to speak to Manish. Kartik wishes Manish a good and early recovery on talking to him on the video call. Manish misses Kartik. Kartik emotionally connects to him. Kirti returns home. She shares her dilemma with Naksh, who takes good care of her. She tells him that she isn’t sure of her decision. Naksh asks her to have faith and just pray for Manish’s recovery.

Moreover, Naira gives strength to Kartik. They speak to Manish time to time. Chori pleases the family by singing a song for Kanha. She tells that she wants her wish to get fulfilled. She adds that she wants parents in her life. The family gets emotional. Naira gets informed that Sudha isn’t coming to pick Chori soon. Sudha tells about a rich couple coming to adopt Chori. Naira fears of losing Chori. She feels Chori will be going away. Kartik tells Naira that it will be good if Chori’s future gets better. He adds that Chori’s prayers got answers so soon. Kartik and Naira will soon learn that Chori is their daughter.

Unexpectedly, Chori risks her life to get Kaira’s medical file from the fire. She gets caught in the fire. The incident leaves Kartik and Naira shocked. They rescue Chori and decide to adopt her, unaware that she is Kaira. The truth will be revealed soon. 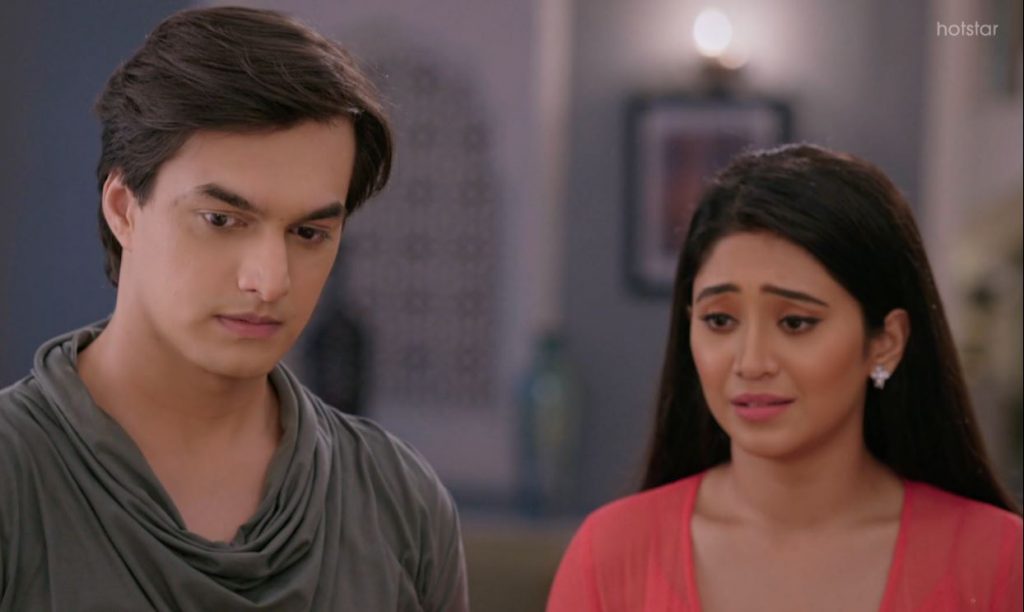 Reviewed Rating for this particular episode Yeh Rishta Kya Kehlata Hai Chori caught in fire: 5/5
This rating is solely based on the opinion of the writer. You may post your take on the show in the comment section below.