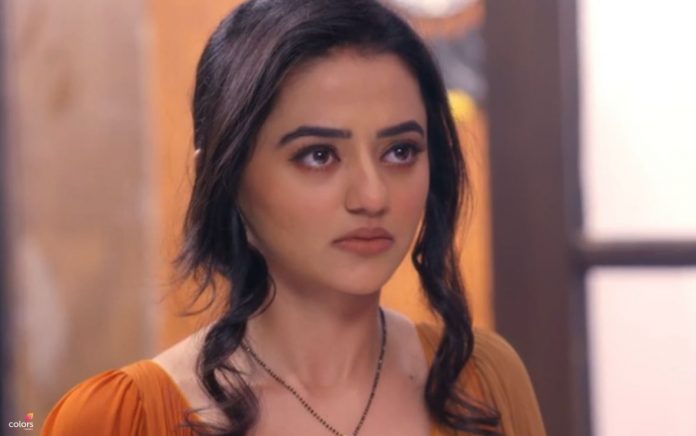 Ishq Mein Marjawa Kabir shoots Riddhima Watch Promo Riddhima senses that her life is in danger. Vansh tells Riddhima that its her life’s last day. He tells that she won’t feel any pain. He is hurt that she has cheated him. Riddhima gets scared of his words. He tells that all of her problems will end. He takes Riddhima to give her the surprise, after he sends away all his family away. Riddhima wanted to be with Dadi so that she gets saved.

Vansh doesn’t let her take help from anyone. He blindfolds Riddhima and takes her to show the big surprise. He unveils the statue. She realizes that he has made her statue sensing her deceive. She feels Vansh knows her entire truth. He gets too hurt by her deceive and wants to remember it. She asks him to spare her. He tells that there are many such surprises for him. Riddhima gets terrified. Vansh asks Riddhima isn’t the statue a perfect one.

He tells her that the statue has also become a permanent thing in the house. Riddhima pleads to save her life. While she runs away from Vansh, she hopes Kabir comes to save her. Vansh scares her just to prove her that he didn’t kill Ragini. He wants to end Riddhima’s misunderstanding. There will be big twists coming up. Riddhima gets a big deceive.

Vansh tells her that those who cheat him, he doesn’t give a chance to them to save their lives. Riddhima thinks Vansh will kill her, just Kabir can give her a hope. She loves Kabir a lot. Kabir makes an entry in VR mansion. Riddhima trusts him blindly. She gets cheated by Kabir, who arrives to shoot her, not Vansh. Vansh is much shocked to see Riddhima shot. She thinks her truth and motive isn’t hidden from Vansh. Kabir’s true face will be revealed. The show changes its track with the leads changing the sides. Vansh will be saving her life, much to her surprise. Will Riddhima learn Kabir’s truth? Keep reading.

Reviewed Rating for this particular episode Ishq Mein Marjawa Kabir shoots Riddhima Watch Promo: 5/5 Interesting
This rating is solely based on the opinion of the writer. You may post your take on the show in the comment section below.