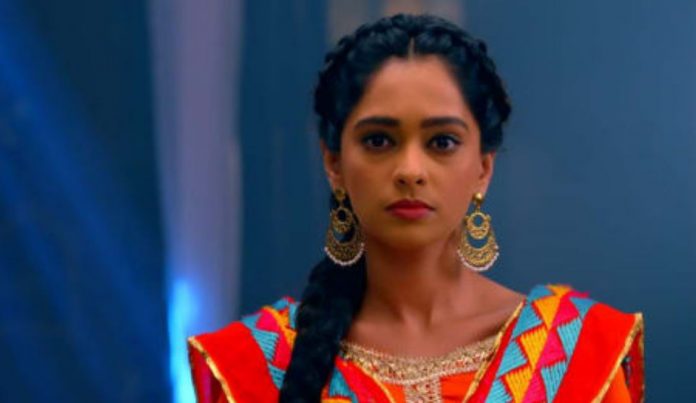 Kumkum Bhagya Update Spoiler Prachi marries Ranbir Rhea is happy that Ranbir took a stand for her. Aaliya promises that Rhea will get Ranbir. She feels Rhea and Ranbir make a perfect match. Rhea looks forward for Aaliya’s plan. Prachi gets worried when Dushyant stops her. She doesn’t want Ranbir to tell the truth to him. Rahul wants to stop the marriage.

He pays a dhol artist to get his costume. Shahana spies on him. Shahana stops Aryan and tells him Prachi’s plan. Ranbir lectures Dushyant. He wants Dushyant to talk to servants and women with respect. He doesn’t want Dushyant to tell anything to Prachi. Prachi fools Dushyant by her drama. She tells that she has come to perform in Ranbir’s marriage, since she has to make a career in dance. She calls him mannerless.

Ranbir tells Dushyant that the girl is mad and was joking about the marriage. Sarita helps Ranbir and Prachi. Shahana tells Aryan about Rahul, Maya’s boyfriend. Aryan doesn’t identify him in the get up. He tells her that he doesn’t understand anything. Prachi waits to talk to Ranbir. Shahana and Aryan join Prachi and Sarita. Shahana tells them about Rahul.

She thinks Rahul should tell everyone that he loves Maya. Sarita tells that they can spike Rahul’s drink and make him confess. Shahana likes the plan. Maya enjoys her time. She wants to marry Ranbir. Rahul meets Maya. She asks him to go away and meet her later. He doesn’t trust her. She tells that she doesn’t want any problem in the marriage. He doubts on her intentions. He tells her that he has come to just help her.

Ranbir asks Dushyant why did he hire Sarita for the catering. Dushyant tells that he was helpless to hire them when the caterers backed out in the last moment. Ranbir lies to him that he hates Prachi, since she broke his promise, she didn’t come to attend the marriage when he invited her. He calls his friendship with Prachi. He sounds like a heartbroken lover boy. Dushyant gets glad that his plan worked. Dushyant tells Chobey that Prachi didn’t come to attend the marriage due to his threatening, now Ranbir is misunderstanding her.

Chobey is glad that Maya’s way got clear. They ask Vikram to call Abhi in the function. Aryan makes a drink for Rahul. Prachi wants Maya and Rahul to have a scene, so that everyone knows about him. She hopes their plan works. She wants Maya to forget her dream of marrying Ranbir. She takes Maya’s place as the bride in the mandap. Ranbir and Prachi will get married in the coming track.

Ranbir wants Prachi to marry him to save his future, since he loves her and can’t ruin his life by marrying Maya. Prachi accepts his marriage proposal since she also loves him. Ranbir and Prachi have a love marriage. He accepts Prachi as his wife. Rhea creates an obstacle in the marriage, since she loves Ranbir.

Abhi and Pragya meet in the wedding to support their daughters. The major truth of Pragya and Prachi’s relation with Abhi will come out. Ranbir and Prachi’s love story will add twists in Abhi and Pragya’s lives as well. Rhea expects Abhi to support her. Whom will Abhi support after he learns that Prachi is also his daughter? Keep reading and watch the latest promo below.

Reviewed Rating for this particular episode Kumkum Bhagya Update Spoiler Prachi marries Ranbir: 2/5
This rating is solely based on the opinion of the writer. You may post your take on the show in the comment section below.