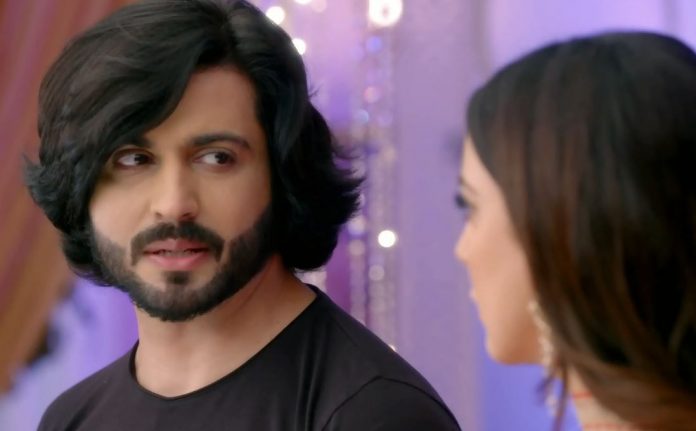 Kundali Bhagya Update Romance returns for Preeran Preeta compels Karan to agree for her Grah Pravesh. She makes Mahira welcome them. Mahira gets upset and shattered to welcome Preeta in the house. Rakhi insists Karan to let the rituals happen. She doesn’t want him to go to the jail. She assures the inspector that Karan will not do anything wrong with Preeta. Inspector and the NGO ladies want the rituals to happen smoothly. Preeta doesn’t miss the chance to show Mahira her place.

Rakhi welcomes Preeta but doesn’t have the same emotions in her heart. She regarded Preeta a lucky charm for her. Now she feels otherwise. Mahira breaks down. Sherlyn feels Mahira will be thrown out of the house, Preeta will take the inspector’s help. She tells that Mahira’s sins have crossed the limits and that’s the reason she is facing this. Mahira tells that she loves Karan and can do anything for him. She gets provoked to throw out Preeta from the house.

She accepts Preeta’s challenge. She wants to make Preeta out. Sherlyn tells Mahira that Preeta will be having her first night with Karan, they have to create hurdles in Preeta’s way, else Karan may change his mind after living with Preeta in the same room. Karan shows attitude again. Inspector scolds him for his bad ways. Preeta tells Inspector that she has no problem with anyone’s attitude or behavior.

She expresses her wish to pacify Sarla, who was much worried for her future. She tells that she wants to show her Grah pravesh to Sarla on the video call, when everything got fine in her life. She wants to show that she is safe and happy. She proves to be an ideal daughter. Preeta makes the video call to Sarla. She wants her family to see her. Sarla asks her if she is fine. Sarla gets to see the police and NGO ladies supporting Preeta.

Preeta gets praised as a strong woman fighting for her rights. Inspector assures that Preeta would be fine. Rishabh tells Preeta that he will show the Grah Pravesh to Sarla while Rakhi does the rituals. Sarla gets emotional watching Karan and Preeta together. Rakhi asks Preeta to step inside the house, Laxmi will also enter the house along with her, according to the rituals. Preeta stumbles and gets support from Karan. Sarla, Shrishti and Janki are very happy just like Rishabh. Bani hates the fact that Rishabh blindly trusts Preeta.

Karan and Preeta take everyone’s blessings in the family. Rakhi wants Karan and Preeta to stay happy. Her heart always melts for Preeta. She blesses Preeta heartily, much to Kareena and Bani’s shock. Rishabh makes Sarla bless the newly weds. Rishabh assures that Preeta would be happy and safe in the family. Karan stays upset. Inspector tells Preeta that she will keep visiting her to see if she is doing good. She wishes Karan a happy married life.

Rishabh thanks her on Karan’s behalf. The police and NGO ladies leave. Shrishti feeds sweets to Sarla and asks her to celebrate Preeta’s new start. Sarla wants Karan to pay respect to Preeta. Preeta rushes to take Mahesh’s blessings. She loves him as her father. She wants to call him Papa. She gets emotional. She decides to make him recover soon. She tells him that she will protect him from the evil doers. She swears to protect the Luthras.

She wants Mahesh to bless her and come back to the family. Mahira tells Sherlyn that she has a plan to get Preeta ousted. She wants Sherlyn to stop Karan from going to Preeta. Preeta enters Karan’s room. Their old memories flash before her eyes. She gets emotional and awaits him.

Reviewed Rating for this particular episode Kundali Bhagya Update Romance returns for Preeran: 5/5
This rating is solely based on the opinion of the writer. You may post your take on the show in the comment section below.