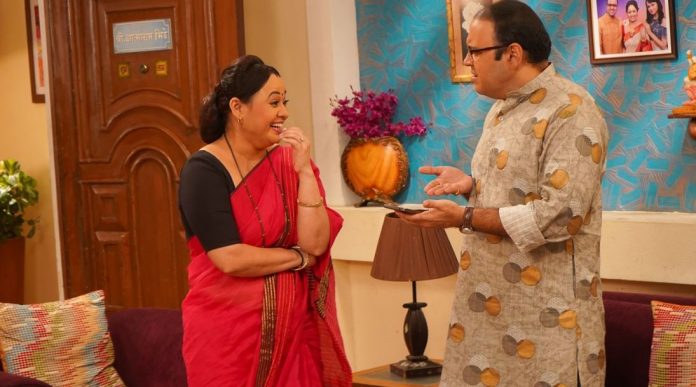 Sept 09, 2020: The upcoming episode of Neela Film Productions Private Limited’s Taarak Mehta Ka Ooltah Chashmah (TMKOC) is a mix of emotions. With Rangarang Karyakram coming to an end, Gokuldhaam’s people are extremely happy with their own performance as well as that of others but also a little sad since Ganapati Bappa has to take their leave. However, to lift up the mood and to recognize everyone’s efforts, Tapu sena has a special plan.

The young bunch has decided to cheer everyone up by presenting each one of the Society’s residents a surprise gift. Of course, while on the one hand this has got everyone excited on the other, it has got Bhide stressed out. Bhide Tensed, As Tapu sena Splurges On Surprise Gifts For Everyone In Gokuldhaam Society.

So as we all know, even before the Ganeshotsav 2020 could be planned, Bhide was worried about making arrangements and also about not having the budget for managing the event as usual. But then, Tapu sena stepped in and assured him of everything being taken care of. And well, this year’s Rangarang Karyakram was as awesome as any of the previous years’.

But now, just as Bhide had begun to relax, Tapu sena has bought everyone gifts. They are visiting every house one by one and surprising everyone with special goodies for each one of them. Seeing this, Bhide can’t help but think of where the children are managing the money from.

So what will a restless Bhide do? He is glad that the youth of the Society are becoming responsible adults and they did do a great job with arrangements of the Rangarang Karyakram, but now the gifts? Where are they getting all this money from?!? He surely hasn’t given them any additional funds or anything. Is someone else sponsoring them? Who could it be?

To know what Bhide does next to put an end to his suspicion, watch Neela Film Productions Private Limited’s show Taarak Mehta Ka Ooltah Chashmah from Monday to Friday at 8:30 pm only on SAB TV.