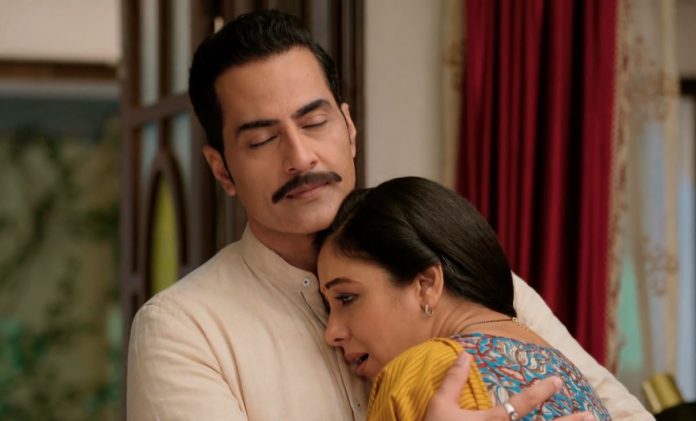 Anupama Update 11th September Vanraj fakes romance Vanraj and Anupama cheer up each other after Anirudh’s incident. Vanraj behaves nicely with her. He calls her Anu, which makes her really pleased. He has called her with love after many years. She can’t believe her ears. He tells her that he is really proud of her that she didn’t believe Anirudh’s allegations on him.

He thanks her for showing immense faith on him and their marriage. She tells him that she knows him since years, he can never cheat her, he is always with her and will be forever. She tells that she will not doubt him, since there is love between them. Vanraj too expresses his love for Anupama. He tells her that Anirudh is disgusting, he is calling her characterless just to get divorce from her. He tells that Anirudh has plotted everything to frame Kavya and him, just to reason out the divorce. Anupama knows he is right.

He tells that anyone else in her place would have doubted him, but she has no questions in her mind. He asks her to question him if she wants. He is ready to clear her doubts. She tells him that she has a right to question him, but her faith will not shaken up. He acts romantic with her. Anupama gets on another level by his romantic side. They have a romantic hug. She wants to live the moment, which came in her life after many years. Vanraj has no emotions for her. He is just making sure that she stays in darkness. He just loves Kavya.

He finds Kavya the most suitable woman for him. He feels caged in his marriage with Anupama, but appears happy. On the other side, Anirudh gets drunk. He tells Kavya that he will never divorce her. She asks him to move on in his life. She tells him that he should better work and earn a good living, then passing time this way in new trials in business. Anirudh asks her if she left him for the sake of money. He promises to earn well and make her happy. He wants her to return to him. He tells her that she should give him a chance.

She doesn’t want to listen to him. He tells that Vanraj will never give her Anupama’s place, she will always be a second woman in his life. He asks her to leave her madness and keep their marriage. Kavya doesn’t want him to control her life. She asks him to leave from her life. He tells her that he would leave her forever once Vanraj accepts her. He challenges Kavya that she can never win Vanraj. Kavya gets angered and tries to contact Vanraj.

She later tells Anirudh that no one has the right to decide her fate, she will herself write her own fate and achieve what she wants. She tells him to not have any hopes of their union. Anirudh is sure that Anupama will kick her out from Vanraj’s wife and then Kavya will come back to him. He wants that day to come soon in his life. He wishes Anupama to believe his words and act accordingly. Vanraj goes on to surprise Anupama by his humble gestures. He makes sure that she feels happy.

On the other hand, Bapu ji comes back home and meets the family. He heartily hugs them. Baa is very happy to see him back. She doesn’t want him to go anywhere again. Bapu ji tells that they will be living happily now. He gifts the family members. Anupama wants to make delicious breakfast for him. Vanraj calls her Anu in front of the family, who pull his leg on the ‘Aw’ moment.

Vanraj informs her that he isn’t going to the office, he will spend time with his dad. He actually wants to spend time with Anupama and please her. He agrees to Bapu ji’s advice to free Anupama from kitchen duties for a way. He tells that he will order food, she doesn’t need to stress. Anupama feels like getting her lost rights back and is overjoyed. She doesn’t know that her happiness is short-lived.

Reviewed Rating for this particular episode Anupama Update 11th September Vanraj fakes romance: 5/5 Interesting
This rating is solely based on the opinion of the writer. You may post your take on the show in the comment section below.