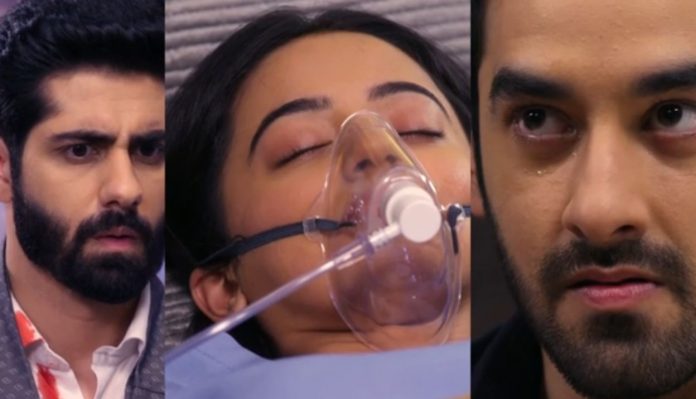 Ishq Mein Marjawan 12th Sept Vansh finds Riddhima dying Riddhima gets attacked when Kabir’s crime partner reaches her room in Vansh’s absence. Kabir has sent his partner to kill Riddhima, who might have seen him while shooting the bullet. He wants her dead, knowing she isn’t of any use to him, once she has shown loyalty for Vansh. Riddhima’s mind starts getting clear towards Vansh, after seeing his care.

Doctor tells Vansh that Riddhima is critical unless she responds to the treatment and gains consciousness within 24 hours. Vansh gets helplessly watching his wife, whom he was romancing some hours back. Vansh goes to make prayers for Riddhima. He shows devotion for the first time for her sake. He wants her life to get saved. He doesn’t care for his answers. Riddhima gains consciousness and is out of danger. She sights the person coming to harm her.

She tries to defend the attack, but in vain. The person removes her ventilator so that she dies, with an intent to end her life. Riddhima falls unconscious. Vansh returns to her with the sindoor, expecting her to get fine. He fills the sindoor in her hairline. He finds her unresponsive. Vansh wishes she gets conscious. He spends time with her. He turns into a caring husband. He realizes that she was doubting him and started spying to get justice for Ragini, she wasn’t believing him, but didn’t totally get against him.

He starts valuing Riddhima, since he loves her. His feelings get realized. He panics on checking the flat pulse lines on the machines. He wants Riddhima to fight back for her life. How will Vansh revive her? Keep reading.

Shakti:
Virat decides to support Heer. He tells Preeto and Harak that he will protect Heer from the world. He wants to become like Harman. He tells that her family can protect her inside the house, but still the society will not let her live on knowing her kinner identity. Virat has accepted Heer’s kinner identity. He can’t deny that he loves her. He tells Singh family that he wants to marry Heer and become a shield for her. Preeto angrily slaps him, finding him no way suitable for Heer, after all he had done in the past.

Reviewed Rating for this particular episode Ishq Mein Marjawa 12th Sept Vansh finds Riddhima dying: 5/5 Interesting
This rating is solely based on the opinion of the writer. You may post your take on the show in the comment section below.