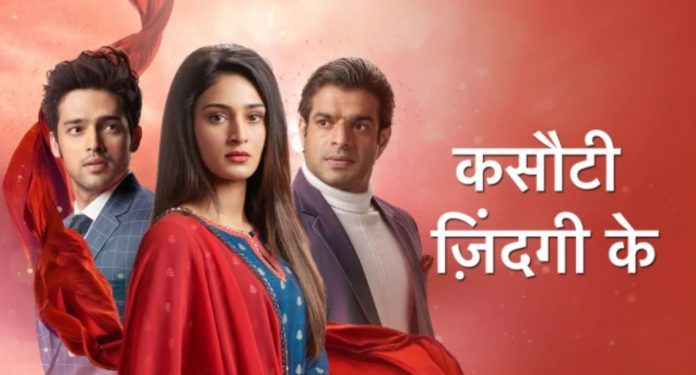 Prerna meets Chandrika and shares her feelings about Samidha. She tells that she really feels Samidha is like her daughter. Chandrika wants to tell Prerna that Samidha is really her daughter. She keeps the secret to herself. She doesn’t reveal anything. Prerna gets confronting her about the burn marks visible on her hand and neck. Chandrika gets worried. She hides the truth from Prerna. She doesn’t want to tell Prerna about her deal with Anurag.

She lies to Prerna. She hopes that Prerna doesn’t cross check the facts. She manages to mislead Prerna. Prerna gets doubtful about Chandrika. She wants to find out about the fire incident that snatched Sneha from her. She expresses her sorrow to Priyanka and Chandrika. She tells them that she has lost a precious asset in that fire. Chandrika feels helpless. She reacts violently when Prerna tries to ask for more details.

On the other hand, Kaushik feels guilty to lie to Kuki. He feels he is cheating her. He wants to tell her everything, but is scared of her reaction. Nivedita finds him worried. She asks the reason for his tension. He shares his problem that he is feeling guilty for his mistake, he has hurt his friend and he is not able to confess. Nivedita advises him to accept his mistake and apologize to his friend. She tells that he should believe in himself and fix the problem himself. Kaushik is thankful to her for the wonderful advice.

Nivedita reminisces Anupam. She misses Anupam a lot. She also regrets to cheat Prerna. Kaushik rushes to meet Kuki at her home. Kaushik meets Kuki to apologize to her. He finds her getting angry on her friend who lied to her. Kuki tells that she hates liars. He thinks its not the right time to tell Kuki that he is responsible for the exam paper leak. He makes a leave. Kuki knows his feelings already. She thinks he had come to confess love.

Meanwhile, Nivedita meets Komolika. She tells that they should celebrate their victory. She tries to know Komolika’s business plans. She also asks Komolika about the revenge plans for Prerna. Komolika smartly conceals everything. She doesn’t tell anything to Nivedita. Nivedita and Komolika drink champagne together to celebrate their success. Anurag happens to meet them. He finds them behaving suspicious. On confronting them, they lie to him and come up with stories. Komolika tricks Anurag by speaking of Prerna.

Nivedita makes a leave with Prerna’s Bajaj city share transfer file before Anurag checks it. Anurag wants to find out what is Komolika up to. In the coming track, Komolika doubts that Nivedita is changing her loyalty. She asks Nivedita if she wants to give the share transfer papers back to Prerna. She reprimands Nivedita. She demands her to show the papers. Nivedita tells her that she has kept the file safe so that Anurag doesn’t know about it. Komolika doesn’t trust anyone when it comes to business.

She wants her rivalry to get fulfilled. Komolika learns that Kaushik is in love with Kuki. She thinks another alliance is going to form between Bajaj and Basu family. She wants to reap bigger benefits from the alliance this time. Bajaj also learns about Kaushik and Kuki’s relation. He doesn’t find a Basu family member suitable for his daughter.

Reviewed Rating for this particular episode Kasautii Zindagii Kay 14th Sept New love story twists: 2/5
This rating is solely based on the opinion of the writer. You may post your take on the show in the comment section below.