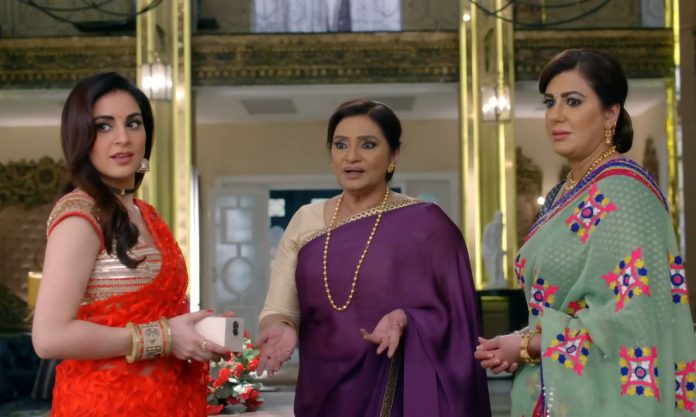 Kundali Bhagya 18th September Preeta’s big victory Preeta misses Sarla and Shrishti. She tells that she couldn’t sleep since she was missing them. Karan overhears Preeta and Shrishti’s conversation. Preeta makes fun of him since he slept in the balcony and fell ill. She tells that she has controlled Karan well. Karan tells them that he is the tiger of the jungle, he can never come in anyone’s control. Shrishti likes their bonding and cute fights. Sarla speaks to Karan and tells him about the Pagphere ritual.

She expects him to bring Preeta home. She asks him to fulfill the rituals, knowing their terms have changed now. Karan doesn’t say anything. He can’t commit to Sarla. Sarla thinks Karan has agreed and is very happy. She wants to prepare to welcome her daughter and son-in-law. Preeta goes to the kitchen to get the sweet dish. Mahira tells her that she has also prepared the sweet dish for the family.

Preeta tells that she will not bother if Mahira doesn’t hurt the family. Mahira tells that she has made the same sweet dish to compete with her. She thinks she is the best and will win. Sarla gets hurt. She thinks Karan is not supporting Preeta, it will be hard for Preeta to win the family’s love. She thinks Preeta was hiding her pain from them and faked the smile for their sake. She feels upset on seeing Preeta’s sorrow in her eyes.

She wants Preeta to get happiness in her life. Shrishti tells that Preeta will win everyone’s heart by her good nature and culinary skills. Sarla hugs her for talking sensible and positive things. Mahira tries to make Karan feel guilty. She serves the sweet dish to everyone before Preeta. Preeta tells Luthras that she has made the sweet dish as part of the first rasoi ritual. She wants them to have the sweet dish and bless her. She hopes that the relations get sweet. Rishabh and Sameer like the sweet dish.

Mahira tells that she made the sweet dish. Preeta asks her to serve after she completes the ritual. Mahira thinks the sweet dish will upset everyone, since she has added chilli powder in it. Bani and Karan refuse to have the sweets. Rishabh tells Preeta that he will have the sweets made by her. Rakhi and Sameer also agree to have it. Rishabh tells Preeta that the halwa looks so good. Preeta wants everyone to have the yummy halwa. Mahira wants them to have it and insult Preeta for adding the chilli.

Preeta asks Karan what’s wrong, he would have liked the sweet dish prepared by Mahira. Karan keeps his ego. Rakhi gets Nek for Preeta to complete the first rasoi ritual. She does a duty of her mum-in-law. Bani also gives the Nek to Preeta to keep the ritual. Preeta wins over Mahira. Mahira turns into a loser and cries. She asks Sherlyn when did Preeta swap the halwa.

You can now navigate to your favorite shows from the drop-down menu directly or just scroll down on the homepage for all the latest posts. Follow us on Google news by clicking the star mark for getting instant notifications of new articles.

Reviewed Rating for this particular episode Kundali Bhagya 18th September Preeta’s big victory: 4/5
This rating is solely based on the opinion of the writer. You may post your take on the show in the comment section below.