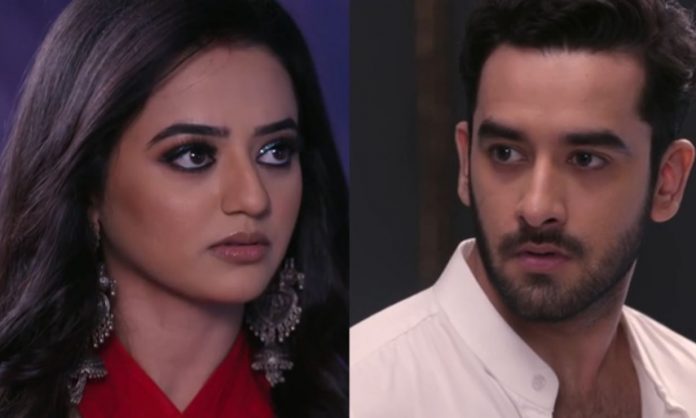 Ishq Mein Marjawan 2 20th Sept Kabir enters as Devraj Ishani’s pregnancy news comes as a shocker for the family. Angre takes care of Ishani, as a good employee for Vansh. He knows that Ishani was in love with Sunny and its Sunny’s child. Vansh had no idea that Sunny had back stabbed him. Vansh thinks of solving the problem somehow. The family thinks of the possible options. Ishani wants to give away the baby to any orphanage or go for abortion.

The family dismisses her thoughts. They don’t want Ishani to take any such step. Anupriya plays a drama that she has failed as a good mother for Ishani. Vansh doesn’t want her to blame herself. Riddhima finds Angre taking care of Ishani. She suggests that they get Ishani married to Angre. This suggestion creates a rift in the family. They aren’t sure of Angre and Ishani’s match.

Ishani scolds Riddhima for making her marry a servant. Vansh defends Riddhima and likes her suggestion. He tells that Angre is his employee, not his servant, he is also a friend in need. He requests Angre if he would marry Ishani. Angre knows Ishani won’t agree and asks Vansh to ask her first. Vansh doesn’t think to ask her. Vansh announces Angre and Ishani’s marriage after Angre agrees to marry her. Ishani gets furious over this development. Vansh tells Riddhima that he didn’t think of it before.

She apologizes if he feels she has crossed limits. She wants Ishani’s betterment. Vansh asks Angre to handle Ishani’s temper, which won’t be able. Angre assures that he will keep Ishani happy. Vansh hugs him happily. Kabir makes an entry in VR mansion as Devraj, the wedding planner. Anupriya is Kabir’s real mom, the person behind the yellow gloves who had killed D’Souza. Anupriya lies to Vansh that she has hired the wedding planner. She saves Kabir from Vansh’s questioning.

Kabir tricks Vansh by giving him answers to verify his identity. Vansh wants trustworthy people to work in his house. Anupriya asks Kabir about his next plan. Kabir plans to bring Vansh and Riddhima closer so that Vansh shares out his heart about Ragini to her. He wants Vansh to reveal all his secrets. Anupriya isn’t sure that Riddhima will tell them anything once she falls in love with Vansh. Kabir tells that he will always have Riddhima trapped in his love.

He asks Anupriya not to worry for his plan. He brings Vansh and Riddhima close on the pretext of rituals. Riddhima doesn’t identify Kabir as Devraj. She gets befooled. Kabir risks Riddhima’s life to bring Vansh close to her. Vansh saves Riddhima from the falling chandelier. He expresses his concern for her. Kabir undisguises himself and comes in front of Riddhima. She is shocked to see him in VR mansion. What is Kabir and Anupriya’s next plan? Keep reading.

Reviewed Rating for this particular episode Ishq Mein Marjawan 2 20th Sept Kabir enters as Devraj: 3/5
This rating is solely based on the opinion of the writer. You may post your take on the show in the comment section below.