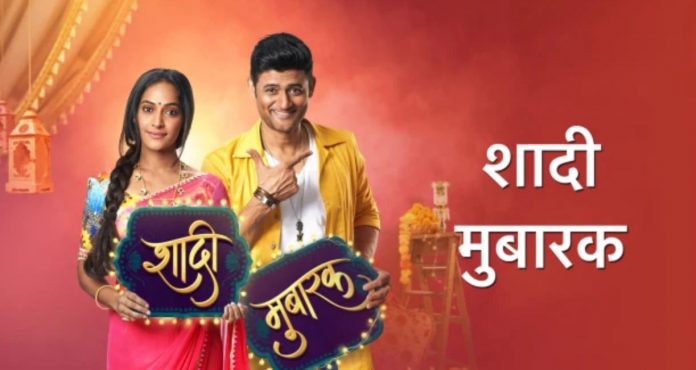 Shaadi Mubarak 18th September Preeti KT fresh start Nirmala gifts Preeti and boasts of her customs. She taunts Preeti for belonging to middle class. She tells that their lifestyles are different. She finds Preeti scared to try new things. She asks her to have courage and not affect KT’s positivity by her fear. She tells that they are too rich and can set up many businesses for KT. KT doesn’t get to hear Nirmala scolding Preeti. He sees off his mother.

Preeti smiles hearing his sweet talks. He tells that they will hire a writer to have an ad draft. Juhi tells him that Preeti is a writer herself. KT tells that they can have success instantly then. He wants Preeti to make an ad for their company. Kusum buys a tiffin for Priyanka. She also buys a tiffin for Preeti. Preeti doesn’t want a costly one. Kusum asks her to pay back when she earns. She has befriended Preeti.

She wants Preeti to stay happy. Juhi buys a branded purse for Preeti. She wants Preeti to become a brand ambassador soon. She feels proud of Preeti. She wishes her all the best. Kusum likes their bonding. She wishes that she shared the same bond with Priyanka. Juhi loves Preeti a lot, but Tarun doesn’t. Kusum and Juhi go to the other shop to exchange the saree. Preeti happens to meet Tarun and Rati at the tiffin shop. She faces big humiliation.

She finds Tarun completely opposite of Juhi. She feels she has failed to give good values to Tarun, who is just like his dad. Preeti gets upset and tolerates the insult. She gets KT’s call and rushes to the new office, where KT pulls a prank on her. KT makes sure that Preeti makes a new start happily. Kusum and family wish all the best to Preeti. KT and Preeti await their first client in the office.

Reviewed Rating for this particular episode Shaadi Mubarak 18th September Preeti KT fresh start: 4/5
This rating is solely based on the opinion of the writer. You may post your take on the show in the comment section below.