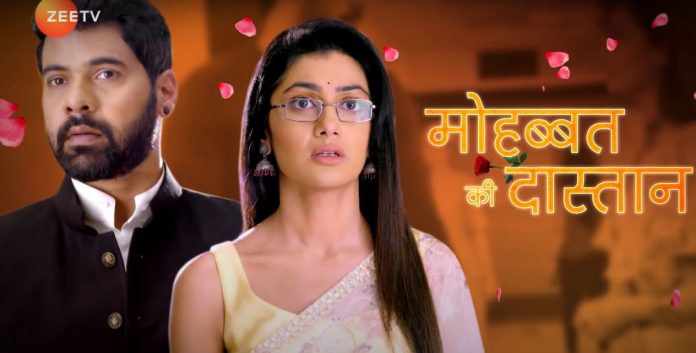 Kumkum Bhagya Upcoming 21st September Prachi’s arrest Rhea meets with an accident after the goons kidnap her. She is sent to the hospital. Maya is angered at the goons. She threatens them by revealing her connection with Dushyant and Chobey. The goons get scared of her knowing she is Chobey’s daughter. She tells that she will get them badly caught.

The goons apologize to her and let her free. They tell that they will leave for their hometown. Maya rushes back to the wedding venue to stop the marriage. Abhi is informed about Rhea’s accident. He rushes to see her at the hospital. Abhi leaves from the wedding, while Pragya reaches the wedding to know about Prachi.

Pragya and Abhi’s car crash at the gate, but they miss to see each other. Maya stops the wedding and reveals that someone has taken her place in the mandap. The family is shocked to see who the bride is. It gets revealed that Prachi is Ranbir’s bride in the mandap, she had taken Maya’s place on Ranbir’s request, she was helping him avoid the unwanted marriage. Maya tells them that Prachi is selfish and wanted to take advantage of the situation, she wanted to marry Ranbir. Dushyant and Vikram’s goons get into a fight. Vikram sends away the hired goons.

Later, Dushyant calls the police to get Prachi arrested. Aaliya also rushes to see Rhea at the hospital. Pragya meets Prachi when she is about to get arrested. She finds Ranbir taking a stand for Prachi. Ranbir asks the police not to dare touch Prachi. Pragya stops the police and defends her daughter. Dushyant tells that Ranbir wants to marry Maya, but Prachi doesn’t want this, so she is posing hurdles. She asks Pragya to limit her daughter. Prachi tells that Maya also doesn’t want to marry Ranbir, she has a proof, that’s Maya’s boyfriend Rahul.

Reviewed Rating for this particular episode Kumkum Bhagya Upcoming 21st September Prachi’s arrest: 2/5
This rating is solely based on the opinion of the writer. You may post your take on the show in the comment section below.