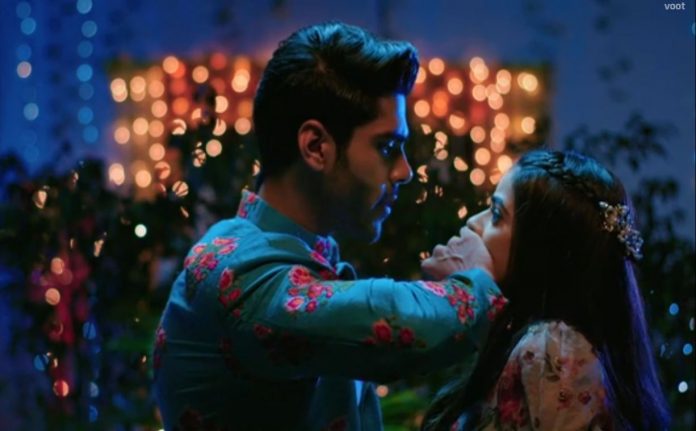 Shakti 22nd September Written Update Virat proposes Heer Preeto keeps a gun with her as a protection. She wants Rohan not to fall weak and just think of protecting Heer against Soham. Soham has made the plan to kill Heer. Shanno tries to know his plans. Soham tells her that he has planned to kill everyone who is protecting Heer. Shanno asks him if he will kill everyone. He tells that the family wants to battle him instead sending Heer to the kinner community, now they have to die with Heer. She is sure that he will win now.

Virat meets Heer to inform her that his marriage is happening with Jharna. She asks him why did he come to inform her, she can’t help him. She imagines Virat. She doesn’t want him to disturb her. Virat’s family prepare for his wedding in style. Heer brings the dhol artists to add more fun to the function. She appears happy. She also gets her family in the celebration. She tells that Virat is her friend and she is happy for him. She dances in his function.

Virat and Jharna also join Heer. Virat tells Heer that he wants to marry her, he loves her a lot. He remembers her kinner identity. He thinks her kinner identity doesn’t affect his love. He tells that he can’t forget her, he has thought a lot about their relation. She tells him that she can’t accept his love, she has accepted his friendship just on Preeta’s word. He tells her that he wants to live with her, he can’t stay as a friend. He asks her to agree once, so that he can fix everything for them. Heer doesn’t want him to ruin Jharna’s happiness.

She tells that he can’t change his decision always. He tells that his final decision won’t change again. She asks him to swear on her and marry Jharna. She doesn’t want him to break Jharna’s heart. He tells that he can’t swear. She tells that their relationship is over. She insists him to marry Jharna. She walks out of the function. Jharna meets Virat and learns that Heer left. Virat feels much upset. Soham wants to kill the family members on the day when Heer goes to give the exams. Harak threatens Soham indirectly. He doesn’t want Shanno and Soham to bring any trouble. Shanno gets angered. She vents her anger on Raavi.

She tells that Harman’s daughter is a kinner, who would be ruined soon. Raavi threatens to kill Shanno. She wants to protect Heer. Jharna wants Heer to stay back. Heer tells that she has to go home and prepare for her exam. She congratulates Jharna for a good married life. She tells that she won’t be able to come in the marriage. Jharna thanks her for the good wishes. Virat stops Heer from leaving. Heer doesn’t want Jharna or Preeto to see them and misunderstand. Virat requests Heer again. She reminds him the promise he made to Jharna. She tells that she has also promised Preeto and Harak, she can’t disappoint them.

Reviewed Rating for this particular episode Shakti 22nd September Written Update Virat proposes Heer: 3/5
This rating is solely based on the opinion of the writer. You may post your take on the show in the comment section below.