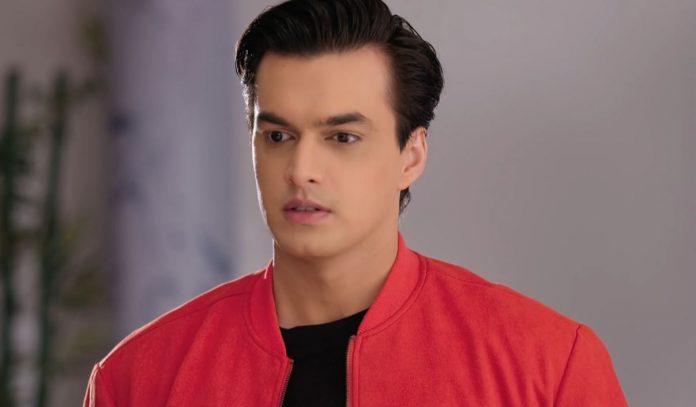 Yeh Rishta Kya Kehlata Hai Spoilers Kartik to die Kartik and Naira wish Manish recovers soon and come back home before their baby comes. Naira didn’t see Kartik so happy. She tells that her bad sight shouldn’t catch him. He dismisses it. He tells that he has a good news, he is also pregnant with her. He tells that he spoke to the doctor, he can stay with her at the time of delivery.

Naira wants him to be sure of his decision, so that he doesn’t faint seeing the delivery. The family blesses Naira for the Godhbharai rasam. Everyone sings and dances. Kartik gets Krishna’s call. Krishna calls him for help. Kartik panics on hearing her voice. He tells that Krishna has called him for help. Naira tells that maybe she is missing him. He tells that Krishna would be in some danger, so she had called him. He wants Krishna to be fine.

He tries calling her back, but can’t connect to her. He tells that she maybe in danger. Naira asks him to go and help Krishna. She permits him. Dadi worriedly asks Kartik not to go. Kartik tells that Krishna called him repeatedly, she needs him, he has to be with her. Kartik asks the family to go home. He wants Naira to promise her that she will take care of herself. She makes him promise that he will be back soon.

She feels stomach ache. She tells the baby that Kartik is going to help Krishna. Naira feels uneasy. Kartik meets the entire family and goes. The family leaves for home. Naira calls Kartik to know about Krishna. He tells her that he will bring Krishna home. Goenkas reach home. Naira is stressed that he didn’t come home. Kairav speaks to her. He tells her that he called Kartik and couldn’t talk to him. Naira worriedly calls Kartik. She gets Kartik’s message, that everything is fine, he will be home soon.

Naira gets a nightmare that Kartik is going away from her. She finds Kartik dead in her dream. She screams and wakes up from the dream. She cries a lot and wants Kartik to come back. She grows much restless. She senses that Kartik didn’t return home till morning. She calls Kartik again and again. She worries for him. Police informs Goenkas about Kartik’s car accident. Goenkas are worried for Kartik’s life.

Reviewed Rating for this particular episode Yeh Rishta Kya Kehlata Hai Spoilers Kartik to die: 2/5
This rating is solely based on the opinion of the writer. You may post your take on the show in the comment section below.