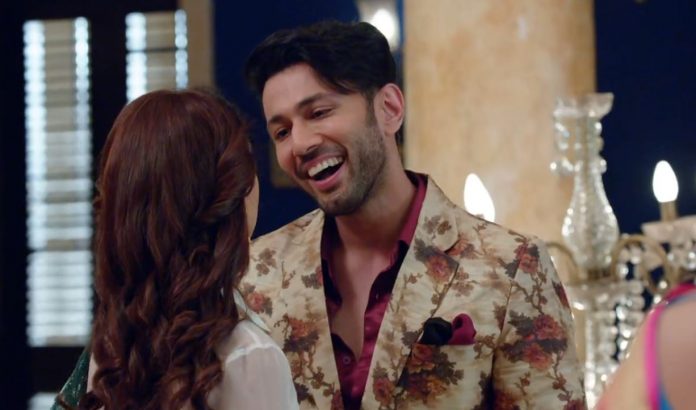 Kasautii Zindagii Kay 22nd September Written Update Mr. Bajaj is much upset that Kuki has hidden the entire matter from him when she could have easily taken his help to avoid the rustication. Prerna supports Kuki. Kuki feels sorry. Prerna tells him that she has chosen to hide the matter. He warns them against hiding anything and dealing with the problems again. Prerna thinks its time she tells him about giving away the company’s majority share to Komolika.

She goes to speak to him, while Kuki stays in her sad zone. Kaushik and Kuki miss each other and think of their moments, ultimately ending up on a phone call. Kaushik wants to apologize for his lie, but she isn’t able to forgive him so soon. She stays much upset with him. She gets confused about her feelings for Kaushik.

Meanwhile, Anurag confronts Komolika with the documents signed by Prerna. He wants to know how did Komolika manage to snatch Prerna’s company stake. He provokes her to admit her mistake. Komolika admits that she has planned everything since the orphanage demolition to snatch Prerna’s company and dreams. She tells that she has done everything to keep Basu city project a reality. She doesn’t want Prerna to ruin their project and bring them on roads. She can’t suffer in business because of Anurag’s love for Prerna.

She makes it clear to him that she will show her dark side which he hates the most, if he shouts out his love for Prerna. She threatens him to stop him from overpowering her. Anurag feels Komolika has done a good thing to make him own Prerna’s company stake, through which he will always be close to Prerna. He hopes to win back Prerna’s love by proving his loyalty and goodness to her. He thinks of it as a great opportunity to get Prerna.

Moreover, Prerna shocks Mr. Bajaj by revealing about the deal signed. He questions her feelings for Anurag. He feels she still loves Anurag and has given up her fight, falling weak. He tells her that he didn’t expect this from her and she left him disappointed this time. Prerna clears his misunderstanding. She wants him to understand her silence as well. She tells him that she has given away the company stake just to protect Samidha’s orphanage.

She admits that she loves Samidha, who is just like Sneha for her. She tells him that she will do anything for Samidha. She wants Mr. Bajaj to understand her decision. She shares her pain of losing Sneha. He calms down on seeing her cry. He doesn’t want her to get emotional and lose to Anurag. He realizes Komolika is using Samidha against Prerna. He prepares a plan to fail Komolika’s efforts. Prerna starts missing Anurag just like she misses Samidha.

Anurag gets hiccups and calls her to confirm that she is missing him. Prerna admits that she was thinking of him. She finds him much similar to Samidha. Anurag thinks of Sneha. He wants to know about Sneha. He thinks once he meets Prerna at the office, he would be staying close and getting to know about Sneha. He shows his concern for Kuki. Prerna gets helpless to remember him. Later, Prerna gets surprised on seeing Anurag in the office.

Mr. Bajaj and Anurag get into a war of words again, indirectly showing their rights on Prerna. Anurag feels she is written in his fate and he will get her in the end. Mr. Bajaj doesn’t think Anurag holds any right on her. He makes it clear that Prerna will always be of him. Prerna gets upset seeing them quarrel. She tends to understand the meaning behind their argument. After Mr. Bajaj leaves, Anurag tries to strike a conversation with Prerna concerning Kuki. She tells him that Kaushik should speak to Kuki and normalize things.

Anurag calls Kaushik at the office. He wants to play the cupid for Kaushik and Kuki. Anupam makes an entry in the episode today. His entry was much awaited since a week. Anupam comes to stay in Basu house. Mohini objects his arrival. He gets into a moment with Nivedita. Moloy welcomes Anupam heartily, while Mohini wants him out. Anupam tells that he isn’t legally divorced to Nivedita, they are still husband and wife.

He wants to win Nivedita’s love again. Will Nivedita forgive him? Also, Komolika gets a huge shock knowing the company’s liabilities, which Mr. Bajaj asks her to clear before becoming the company boss. He shocks her by asking her to pay 200 crores. Komolika finds hard to head Bajaj company. Will Mr. Bajaj get back the company for Prerna again? Keep reading.

Reviewed Rating for this particular episode Kasautii Zindagii Kay 22nd September Written Update Anupam enters: 3/5
This rating is solely based on the opinion of the writer. You may post your take on the show in the comment section below.