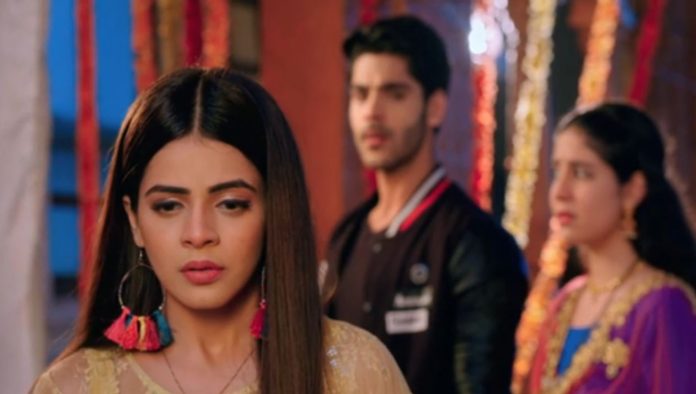 Shakti 25th September Update Upcoming twists Heer and her family take the taxi in time and get saved from Soham’s evil plan. Heer thinks Virat would have got married by now. Virat knows that Heer has accepted their fate. He doesn’t want to accept the separation. She also tries his luck by tossing the coin as she suggested. Virat wants to marry her. He is determined to get her. A truck speeds towards him, while he stands in the middle of the road and tries to toss the coin.

The coin flies in the air and gets all his attention. He fails to hear the sound of the truck horn. He gets knocked down by the speeding truck, after the driver tries hard to alert him. Virat meets with an accident and falls injured. Heer senses him to be in trouble. She shouts out his name. She tells Preeto that she is okay. Preeto gets Heer home. Heer is absolutely fine, which becomes a major shock for Soham. Rohan gives strength to Heer, so that she doesn’t cry post Virat’s marriage.

The family gets a huge relief on seeing Heer and family fine. They got the news of their accident before. Raavi and Mahi are relieved to see Heer fine. Shanno rages that Soham’s brilliant plan failed. Heer has no idea on seeing their tears. Mahi hugs her out of love. She was afraid to lose her daughter. Heer asks the reason for their sorrow. Preeto and Harak learn about the car blast. They realize that Soham could be involved in the plotting. Preeto learns about Heer’s accident. Preeto informs the news to Heer. They decide to see him at the hospital.

Parmeet creates a scene on seeing Heer. She scolds Heer for always being a problem for them. She hurts Heer and makes her away. Heer takes a stand to meet Virat once. Virat gets treated in the hospital. Preeto manages to stop Parmeet. She makes way for Heer to meet Virat. Heer meets Virat and realizes that his marriage with Jharna didn’t take place. She also believes that they are destined to be together. She talks to unconscious Virat, while Jharna makes an entry. Heer tells that she never forgot Virat, she just loved him always. Jharna misunderstands Heer who had earlier promised her to keep herself out of their lives. What will Heer do now? Will she accept Virat’s marriage proposal? Keep reading.

Reviewed Rating for this particular episode Shakti 25th September Update Upcoming twists: 2/5
This rating is solely based on the opinion of the writer. You may post your take on the show in the comment section below.