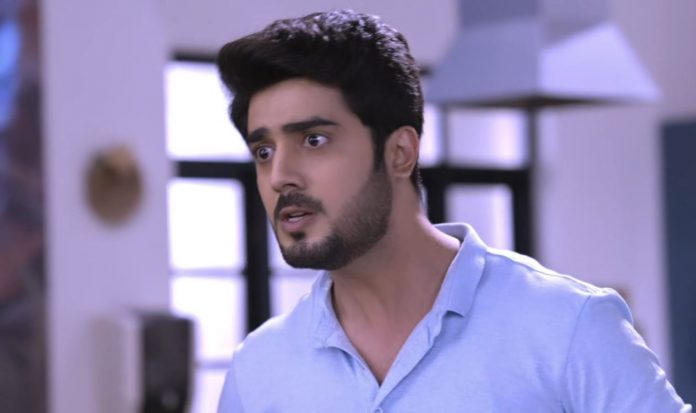 Indiawaali Maa 28th September Written Update Rohan’s shocker Rohan is much upset that Kaku has taken up a job which got him insulted in his known circle. Chinamma gets a welcome in Rohan’s family. Kaku is really happy, but everything falls short when Rohan confronts his mother. Kaku gets much praised and gains fame by the catering business. Chinamma’s mother thinks Rohan’s mother is more popular than him and is doing well in business.

Kaku wants Rohan to let things get cleared gradually. She wants to accompany Rohan by clearing off his debt. Rohan insults her asking how much money can she gather for him. She feels bad seeing him underestimating her. He is hurt that he has no investors for his business. He tells her that he needs a big amount, she can never help him. He doesn’t want her help either. Kaku cries seeing him in difficulty. Rohan then changes his mind.

He asks Kaku to help his friend’s mom who is throwing a big party at her home. He tells that his friend’s mom is managing everything alone and needs help in cooking. Kaku happily agrees to help him any way. She takes the address of his friend. Kaku gets ready and reaches his friend’s house. She meets his friend’s mom, who instructs her servants about the work. Kaku offers help to the rich lady. She becomes the chief cook.

She thinks she is also a guest and will get respect. She finishes cooking for the guests. She enjoys cooking and isn’t aware that Rohan had intentionally sent her to the party. She goes to take a drink. The lady stops her from consuming the drink and shows her real place. The lady asks Kaku to stay in the kitchen, where she belongs as a servant. Kaku doesn’t understand it. Chinamma’s mum reveals the shock that Rohan has sent Kaku as a cook and maid to help the rich people in the party arrangements.

Moreover, Kaku gets a huge shock to know Rohan’s disgusting move. She feels she is sacrificing her esteem for her son’s sake, which isn’t right either. She is moved when she sights Rohan in the party, taking money for Kaku’s words. Rohan spoke of big things and ultimately stooped low for the sake of money. Kaku gets shattered seeing him sell off her priceless motherly emotions. What will Kaku do now? Keep reading.

Reviewed Rating for this particular episode Indiawaali Maa 28th September Written Update Rohan Kaku: 4/5
This rating is solely based on the opinion of the writer. You may post your take on the show in the comment section below.