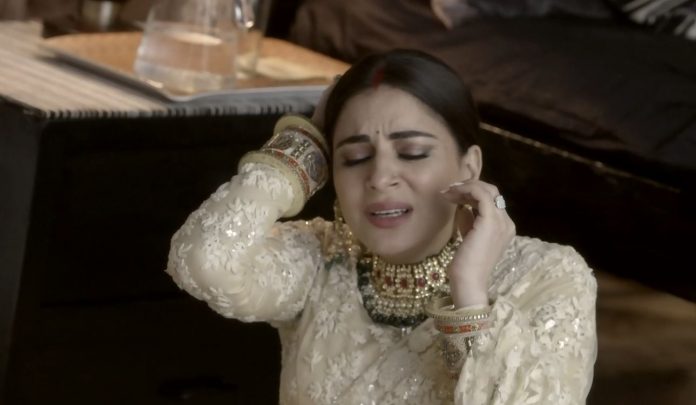 Kundali Bhagya 29th September Pawan kidnaps Preeta Karan takes Mahira for the reception party. Karan doesn’t see unconscious Preeta. Pawan thinks of some way to take Preeta. Shrishti tells Sameer that she will not praise him. He counts his huge help for bringing Karan and Preeta together. Shrishti sings his praise in her way. She tells him that he is really the best.

She feels proud of him since he has done a lot. He tells her that Ramona is leaving the house and may take Mahira along. They get glad that everything is getting right with time. Shrishti tells him that she loves him. Kritika finds them romancing and hinders. He tells Sameer that Kareena is calling him. Kritika isn’t happy to meet Shrishti. Shrishti gets affected by her rudeness. She asks the problem.

Kritika is hurt that Preeta is doing much wrong. She feels she was wrong to support Preeta before. Karan talks to Preeta and doesn’t know that she is Mahira. He gets rude towards her. Mahira is tensed about Preeta. Pawan kidnaps Preeta. Preeta gains consciousness and recalls Mahira’s plans. She tries to get free from Pawan. She hits on his head to get free. Karan hears Pawan’s voice when Preeta attacks him.

Meanwhile, Mahira misleads Karan to take him to the party. Sherlyn insults Shrishti. They get into a cat fight. Shrishti tells that she isn’t scared of anyone else, since Preeta is Luthras bahu. She tells that she can’t forget the night when Sherlyn insulted Preeta and her. She teaches a lesson to Sherlyn. She reveals that Preeta has come to Luthra house to expose Sherlyn and Mahira’s evil to the family. She calls Sherlyn the trash in the house. Sherlyn gets raging.

Mahira doesn’t want Pawan to get caught. Preeta tries to get help from Karan. Pawan drags Preeta and takes her away. Karan misses to see them. Shrishti asks Sherlyn if her dream to see Aroras in pain has broke. She tells that Preeta has failed Mahira and Sherlyn. Sherlyn gets tensed knowing Preeta is planning to expose her. She threatens Shrishti that she will make Preeta out of the house.

Furthermore,Shrishti takes the challenge. She warns Sherlyn against planning anything against her sister. Karan doesn’t see anyone there. Pawan uses the chloroform and faints Preeta once again. He thinks to hide Preeta in some quilt and take her. Karan and Mahira come to the reception. Mahira is glad that Karan hates Preeta. They meet the guests. Mahira shows her face to the guest lady. The lady asks Karan about Mahira, knowing that he had married Preeta. Mahira lies that her nickname is Preeta. She gets criticized by the lady. She gets insulting the lady in rage. She later apologizes for her rudeness. The lady wants to complain to Karan about her.

Reviewed Rating for this particular episode Kundali Bhagya 29th September Preeta falls in danger: 4/5
This rating is solely based on the opinion of the writer. You may post your take on the show in the comment section below.