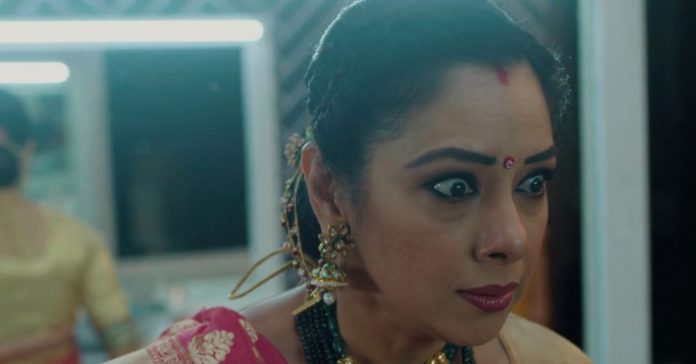 Anupama shocking rage 30th September Written Update Pakhi gets worried when she gets the guy’s message. The guy threatens to ruin her happiness by creating a huge scene at the engagement function. She doesn’t want Paritosh’s happiness to suffer. Paritosh and Kinjal are very happy, and so are their families. Anupama is also with Pakhi. She asks Pakhi the matter. Pakhi doesn’t tell her anything. Baa asks Anupama to come along for some work.

Anupama worriedly asks Kavya to stay with Pakhi. She doesn’t want Kavya to leave Pakhi alone. Kavya asks the problem. Anupama tells that Pakhi isn’t well. Pakhi is tensed when she sees the guy at the venue. Rakhi asks Anupama to meet her special guests. Anupama looks for Pakhi. Rakhi introduces Vanraj and Anupama to her guests. She insults them to be middle-class and booking a moderate-sized venue.

Moreover, Vanraj feels bad on hearing her taunting on his budget. He tells that that the small place can also give them big happiness. Rakhi meets Siddharth, her friend’s son. Siddharth tells them about his school. Vanraj and Anupama like him and tell that Pakhi also studies there. They call Pakhi to meet him. Rakhi asks how did they manage to get Pakhi study at the costly school. Vanraj tells that parents don’t compromise with children’s future.

Rakhi too doesn’t want to compromise with Kinjal’s future. She tells Vanraj that he should treat her guests well. Vanraj asks her not to remind him again, he knows his duty to make the guests feel special. Anupama asks Pakhi about the guy. Pakhi doesn’t reveal anything. Samar tells Pakhi that he will bash up the guy if he comes. He wants her to chill. Samar and Nandini announce the best couple’s performance. They welcome Anuraj on the stage.

Anupama and Vanraj are also curious to know who is Anuraj. Samar tells that its the couple name for Anupama and Vanraj. Everyone gets happy to know it. Vanraj tells that he didn’t practice on the song which is playing now. Rakhi finds the function a boring one. She taunts on the loud celebrations. Kinjal requests Vanraj for a dance. Vanraj and Anupama give a rocking performance, which makes Kavya jealous. Paritosh and Kinjal join Anupama on the dance floor. Paritosh tells them that Anupama and Vanraj have performed without any preparation.

Sanjay tells that Anuraj is really the best couple. Kavya finds hard to tolerate this. The guy reaches Pakhi to scare her. She is terrified. Samar gets Nandini’s earring. He dreams of a romantic moment. She finds her earring with him. She takes it back and goes away. Anupama asks Pakhi if everything is fine. Pakhi tells that she needs to go to the washroom. Vanraj wants Anupama to talk to the relative.

Anupama wants to accompany with Pakhi. He insists her to talk on the call first. Anupama sends Jhilmil with Pakhi. Vanraj goes to convince Kavya. He tells Kavya that they will just have a holiday after Paritosh’s engagement. Kavya tells that she can’t tolerate his family moments more. She tells that he always gives her a treat or a holiday package to make up for his mistakes. Rakhi observes them. Vanraj is also tired of his drama with Anupama. He wants Kavya to understand his situation.

Kavya wants a name to their relation. Rakhi wants to know what’s brewing between them. While Samar and Nandini take the celebrations ahead, Pakhi’s school mate Siddharth, the same guy Rakhi introduced to Anupama, tries to trouble Pakhi further. Anupama becomes a protector for her daughter. She reaches in time and slaps Siddharth. She rescues Pakhi. Will Anupama expose Siddharth? How will Rakhi react seeing Anupama insulting her guest? Will Siddharth’s misdeed become a problem for Paritosh and Kinjal’s relation? Keep reading. 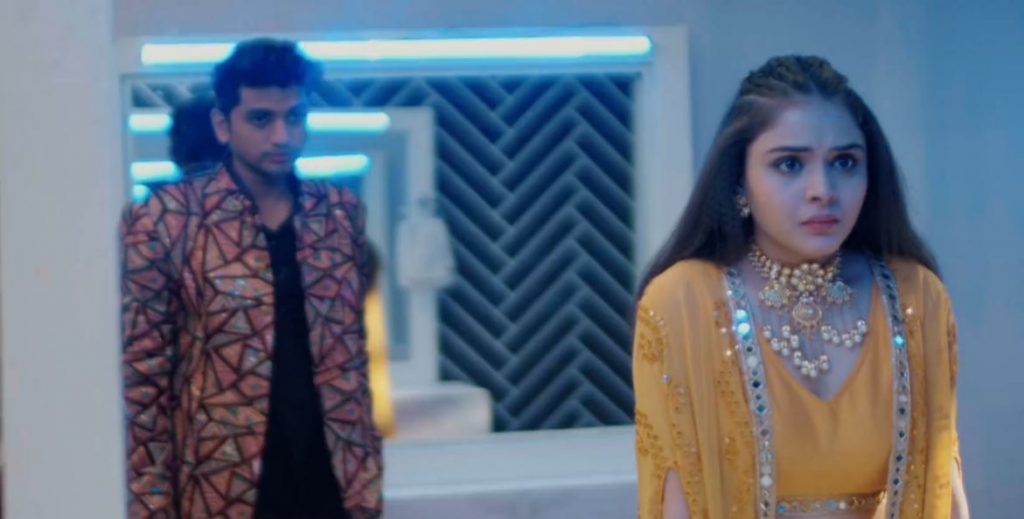 Reviewed Rating for this particular episode Anupama shocking rage 30th September Written Update: 4/5
This rating is solely based on the opinion of the writer. You may post your take on the show in the comment section below.