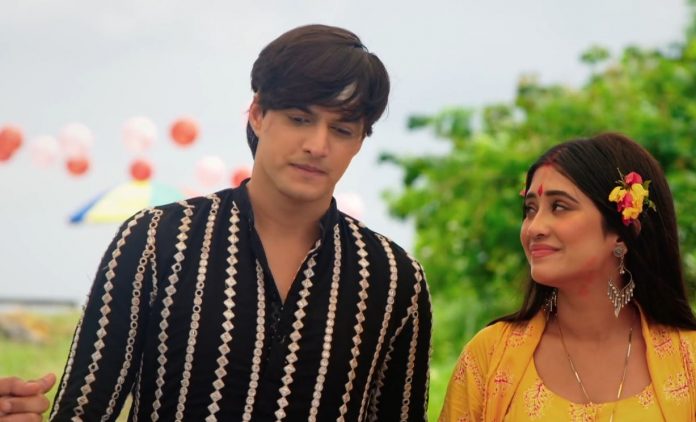 Yeh Rishta Kaira baby birth twist 30th September Update Kartik motivates the girls. He tells them that Naira is pregnant, she will still come to free them from the kidnappers since she is an example of bravery and courage. He tells them that there is a Devi in every girl, the girl just needs to identify her inner strength so that she can bravery fight the evil people. He tells the girls that they should believe in themselves and not let anyone overpower them by any sort of fear instilled.

The girls get encouraged hearing good words from a noble person like Kartik. They believe that they can achieve their freedom. Kartik makes sure that he helps them flee. He asks the girls to just run away before the kidnappers come. The kidnapper check the time to send the girls across the border where they have sold them. The girls want him to get saved too, since he has fulfilled their dreams of freedom so that they can return home.

Kartik hears the kidnappers coming. He hides and tries to fight with them. The girls also support Kartik and fight with the goons. They get at the gun point which gets worrying. Kartik gets hit on his head and faints down. On the other hand, Naira looks for Kartik. She gets close to the spices factory. She tells Krishna that they have to reach there soon. Police is also reaching the factory location on Naira’s lead. They want to arrest the kidnappers gang. Naira looks for the Jhanki. Kartik makes the girls leave the factory soon.

Naira finds the Jhanki and gets help from the village women to save her husband. The kidnappers face the Jhanki midway, when they were taking Kartik with them. Naira and Krishna are in the Jhanki with other women. They have trishul in their hands. They build up tension in the kidnappers’ mind. The kidnappers try to flee, but fail. Naira chases them to save Kartik. Krishna’s fraud parents decide to kill Kartik so that Naira and Krishna’s courage breaks down. Naira doesn’t deter and saves Kartik from the goon. Naira reaches Kartik in the nick of time. She finds his head bleeding already. She takes care of him.

The villagers also want to punish the kidnappers. The kidnappers get caught by the people and also the police. Kartik and Naira fight the goon who points the gun at them. They get saved. Naira shows Devi powers to the goon. She tells that Devi can come on the earth in any woman’s avatar, just to put an end to their sin.

He wants to know how did Naira reach him when he didn’t tell her anything about his plan to rescue Krishna. Naira tells him that their daughter has given her hints to save him. They inform the family that they are coming home. Dadi is happy that both Kartik and Naira are safe. She feels Krishna is the root cause of all the problems. She doesn’t want Krishna to stay with them again. She tells that if Krishna had not called Kartik that day, he would have not fallen in a problem. Suwarna doesn’t think Kartik and Naira will agree to this.

The family decides to talk about Krishna after some days, so that Kartik and Naira don’t get upset. Dadi develops a dislike towards Krishna. Kartik and Naira spend some good time and romance. They see Krishna and feel connected to them. They tell that they will always have her in the family, which pleases Krishna. Krishna wants to go home soon.

Later, Naksh and Akhilesh arrive there to pick them. Naira makes Naksh realize his mistake of not believing his intuition. She had told the family that she doubts Krishna’s parents. Naksh apologizes to her. Kartik and Naira return home. Kartik doesn’t want to miss the moment of his baby’s birth. He sees his family with a baby and thinks he has missed the golden moment. The coming episodes will show Naira’s delivery, her baby’s birth and more twists. 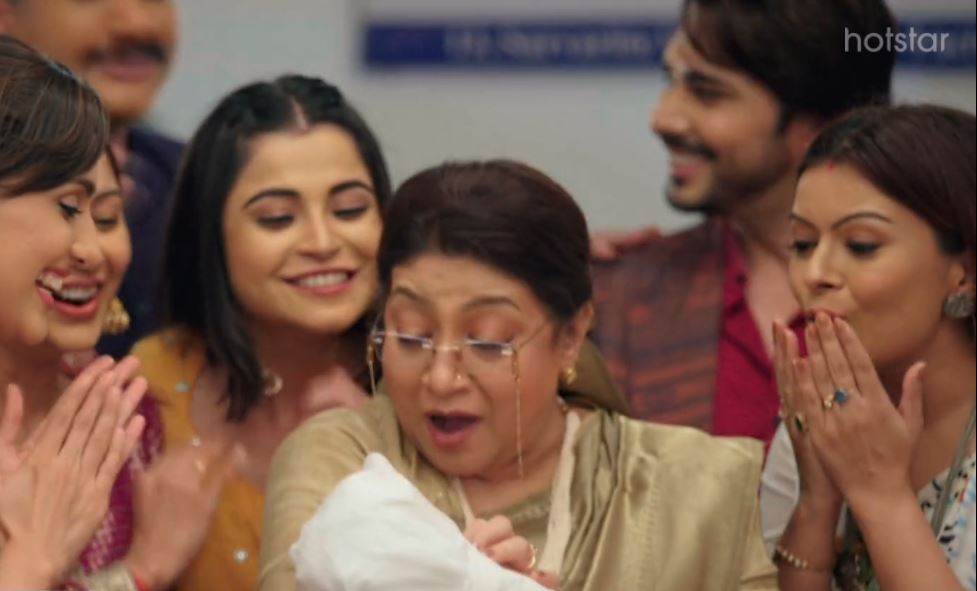 Reviewed Rating for this particular episode Yeh Rishta Kaira baby birth twist 30th September Update: 2/5
This rating is solely based on the opinion of the writer. You may post your take on the show in the comment section below.