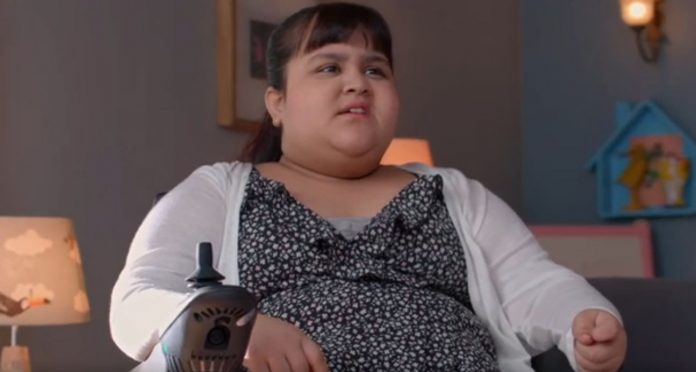 Choti Sardaarni 2nd October 2020 Review Update Upcoming Kulwant taunts Manav for undergoing such pain before. She reminds him about the wound on his back. Manav tells Seema that he is fine. He doesn’t want Aditi to panic. He gets angry on her. He feels sorry that he has to live his life as Vikram. He wants justice for himself. He feels suffocated as Vikram. Manav asks him to keep his vows to Aditi.

Manav has made promises to Meher as well. He doesn’t want Seema to die by the shock of his real identity. He gets reminded of Meher’s true love for him. He doesn’t forget anything of the past. He loves Meher a lot. He can’t forget her and live his life alone. He thinks to meet Meher, since its never too late for someone to try to get true love. Manav gets Meher’s dupatta and hugs it.

He tells her that he is coming to her, its not too late. He decides to meet her. He tells the family that he is going for an important work. He hugs Seema and gets emotional. He tells Seema that he loves her a lot. He doesn’t talk to Aditi. On the other hand, Martha speaks to her relative. She tells that Angel is doing fine. She loves Angel a lot. Meher thinks they failed to impress Martha and change her mind when the day is ending.

Meher and Sarabjeet pray to find some way to impress Martha. They get to meet Angel, a paraplegic, post a tragic accident. Angel throws things at them and demand Martha to get her ipad. Martha tries to control her. She tells Meher and Sarabjeet about the accident that took away life from Angel.

Consequently, Meher enquires about Angel further. Martha tells about the surgery that went wrong, which impaired Angel forever. She tells that Angel lost her smile as well. He tells that if anyone gets Angel’s smile back, then she can give away everything to them. Angel doesn’t want to talk to house helpers. Meher tells Sarabjeet that she can help Angel. Martha hears their talks.

She asks Meher if she can really cure Angel. She tells that many doctors failed to cure Angel. The kidnappers try to contact Sarabjeet. They think if Param’s parents have intentionally kept the phones off. Meher tells Martha that she is sure of curing Angel, she has good knowledge of Ayurveda. Meher asks Martha to give her a chance. She tells that people who get dejected get a new hope in India.

She doesn’t want to give any false hope to Martha. She promises to cure Angel at any cost. The kidnappers call Harleen and shock her by showing them Param captive. Harleen gets worried to see Param. They demand a big ransom. Kulwant threatens the kidnappers. They ask Harleen not to involve police in the matter, else Param will be dead. Harleen gets worried for Param. She agrees to pay the money.

Meanwhile, Manav finds his happiness while he leaves to board his flight to Serbia. He recalls Meher. He doesn’t want Meher to get away from him ever. Martha agrees to try Meher’s confidence. She gives her a chance to cure Angel. Martha tells Meher that she will give her anything if Angel gets fine. Sarabjeet thinks they got a way to change Martha’s decision. Angel doesn’t want them to experiment on her. Meher has to try it to save her family’s future. She makes the herbal paste with the help of Sarabjeet. Meher and Sarabjeet work hard to cure Angel. Martha finds them keeping the promise.

Watch the recap below:

Reviewed Rating for this particular episode Choti Sardaarni 2nd October 2020 Review Update Upcoming: 4/5
This rating is solely based on the opinion of the writer. You may post your take on the show in the comment section below.