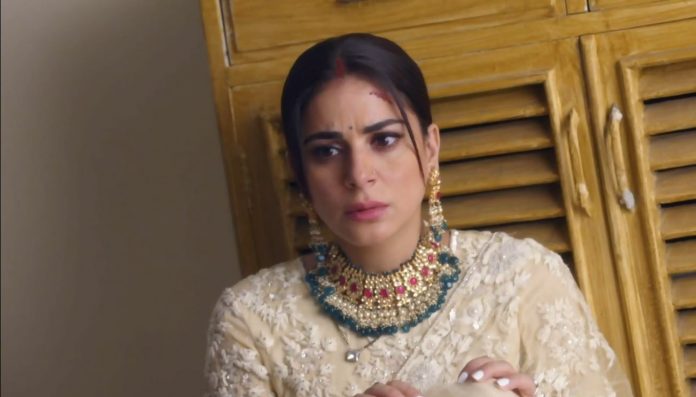 Kundali Bhagya 5th October 2020 Written Update Zee5 Pawan tells Preeta that he will make her marry Prithvi and then call her Bhabhi. He threatens her to marry his brother. She is shocked to see him begin the marriage preparations. Pawan apologizes to her for putting her in stress. He just wants Prithvi to be happy. Preeta wants to contact Karan some how. She wishes to get free from Pawan. She refuses to marry Prithvi at any cost, since she is already married to Karan.

She wants Pawan to stop his madness and let her go. Pawan tells her that Prithvi is obsessed with her, she will know it when he gets conscious and accepts his feelings. He wants her to get ready as the bride, and wait for Prithvi to become the groom. He tells that Prithvi has still kept the nuptial chain for her, waiting for the day when he marries her, and also didn’t dispose his wedding attire.

Preeta doesn’t listen to any of his nonsense. She tries to escape. Pawan knows what she is trying to do. He warns her to not try escaping, else she will be caught by his goons who are guarding outside. He asks her to accept Prithvi as her fate and get ready. He wants to see her smiling and willing to marry Prithvi. Pawan asks his men to arrange a pandit and also get the essentials needed for the marriage rituals.

He orders his men to just arrange everything. On the other hand, Sherlyn learns about Mahira, who is under the veil, by tricking Karan. She wants to know why did Mahira swap Preeta in the reception. She is sure that Karan will never support Mahira for this madness. Ramona and Sherlyn try to explain Mahira, but fail badly. Mahira threatens them to let her carry out her planning. She wants to unveil herself in front of Karan. Moreover, Janki tries to get inside the house and keep an eye on Pawan.

Preeta tries to find a way to leave from Pawan’s house. She gets caught by Pawan’s man. Pawan asks her not to try such things again, else he may get strict towards her. Janki gets a huge shock when she realizes that Pawan has kidnapped Preeta, he wasn’t stealing any precious thing from the Luthra house. She also learns that Pawan is Prithvi’s brother. She understands Pawan’s entire game.

She wants to inform Shrishti that Preeta is in danger. Furthermore, Sherlyn wants to find out where did Mahira send Preeta. She asks Mahira about Preeta. Mahira tells her that she has called a Raavan to get Preeta abducted. She tells that she had called Prithvi’s brother Pawan home and sent Preeta with him. Sherlyn can’t believe this.

She slaps Mahira in rage. She gets worried on hearing Pawan’s name, since she knows him well. She tells Mahira that Pawan will not spare them as well, he is totally crazy and can harm anyone. She thinks Mahira had made a big mistake by taking Pawan’s help. She also doesn’t want Prithvi to marry Preeta. Janki gets daring and attempts to save Preeta from the goons. She attacks Pawan. The goons catch her and make her fall unconscious. Preeta realizes that Janki has come to save her and fell in danger. She gets a responsibility of saving Janki’s life as well. Will Shrishti come in time and save them? Will Karan rush to save Preeta on knowing Mahira’s plan? Keep reading.

Reviewed Rating for this particular episode Kundali Bhagya 5th October 2020 Written Update Zee5: 4/5
This rating is solely based on the opinion of the writer. You may post your take on the show in the comment section below.