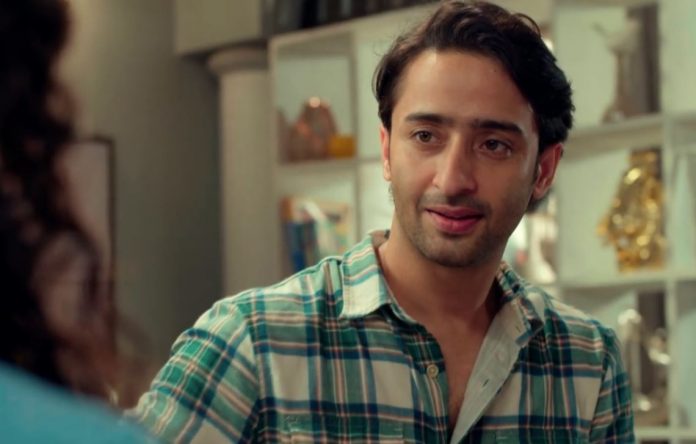 Yeh Rishte Hai Pyaar Ke 2nd October Abir Meenakshi confront Parul gets food for Mishti. She finds Mishti much upset since Kuhu didn’t take the soup knowing Mishti has made it. She asks Mishti to forget everything and try to stay happy. She asks Mishti to take care, since she has to be fit to do everything for her child. Mishti understands that it was tough for her to stay away from Parul.

She tells that Parul has made a big sacrifice by giving away Kunal to Meenakshi, its tough to watch the child from far and not be able to embrace. Mishti thinks she is facing the same dilemma and difficulty like Parul. Parul tells that she was helpless to do so for the sake of Kunal’s future. She has seen Meenakshi taking good care of Kunal. Mishti doesn’t let Kuhu know that she is taking care of her. Kuhu applies a face mask and closes eyes.

Mishti does the massage to her without letting her know. Abir sees Mishti working hard. He wants to surprise her. He calls up Rajshri for help. Rajshri meets Mishti and takes her to a dark room. Abir and Rajshri surprise Mishti with a baby room. Mishti can’t believe her eyes. She loves the baby toys. Rajshri tells that they have prepared the room for her coming baby. She keeps Mishti’s childhood toys as well.

Mishti asks Rajshri not to reveal her childhood secrets to Abir. Vishwamber tells her that he has to set up a hospital in the village, he has to go for a few days, its really important, else he would have not gone. Mishti gets upset. Vishwamber and Rajshri bless Mishti and make a leave. It seems their track ended in the show, or they will appear once again in the last episode. Kuhu is worried when the nurses fail to take good care of her. She wonders what happened to them. Parul tells them that Mishti was doing everything for her since the morning. Kuhu fires the nurses.

She thinks she will handle the work on her own without taking Mishti’s help. She goes to the kitchen to cook something. Meenakshi sees her in the kitchen. She asks Kuhu why didn’t she ask someone for help. Kuhu lies that nobody in the house cares for her. She plays the emotional card. Meenakshi knows Kuhu’s drama to seek attentions. She warns Kuhu. She tells that she isn’t teaching her a lesson since she is carrying Abir’s child. Kuhu blames her for bribing her for the heir. Meenakshi scolds her. She threatens to cancel the deal if she hurts Abir’s sentiments. She asks Kuhu to keep her good fate and not overdo the greed. Abir overhears them. He wants to know about their deal.

He thinks Kuhu refused for the surrogacy before and then changed mind overnight. He wants to find out the truth. Mishti gets noodles for Abir. He gets an idea and thanks Mishti for bringing a solution. Abir takes the noodles for Kuhu. He tells that he wants to have peace in their relations. He tries to calm Kuhu’s anger.

Abir sees Meenakshi meeting a lawyer. He finds some papers with them. After Meenakshi instructs the lawyer and leaves, Abir snatches the paper from the lawyer to know the truth. He gets shocked knowing Meenakshi has made a deal with Kuhu to get the heir. He shares the truth with Mishti, who regrets that Meenakshi has not spared their child and made him part of a deal. Abir and Mishti get against Kuhu, who didn’t think of their emotions, but just property and business to give them a child. They want to bring the truth in Kunal’s notice as well. They together confront Meenakshi to seek the truth.

Reviewed Rating for this particular episode Yeh Rishte Hai Pyaar Ke 2nd October Abir Meenakshi confront: 3/5
This rating is solely based on the opinion of the writer. You may post your take on the show in the comment section below.