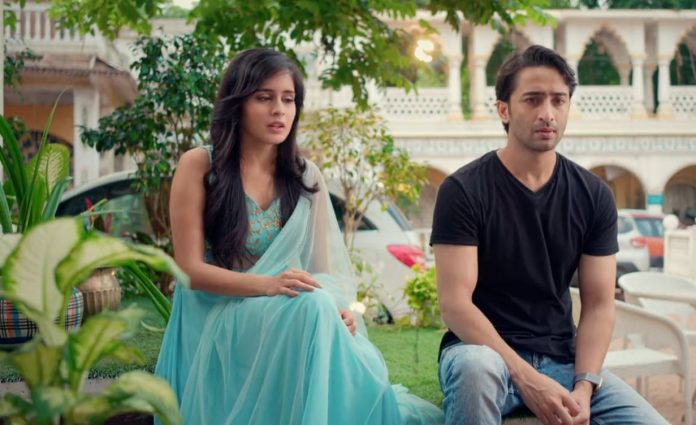 Yeh Rishtey Hain Pyaar Ke 5th October 2020 Review Update Abir wants to reveal the truth to Mishti. He wants to tell Mishti that Meenakshi had a deal with Kuhu to agree for the surrogacy. He knows that Meenakshi always wanted a family heir. He finds Mishti too happy. He doesn’t want to ruin her happiness. The revelation is just his dream. He decides to keep the secret thinking Mishti won’t be able to tolerate the truth.

Kunal accompanies Kuhu for the tests. Kuhu is happy with him. Parul tells them that Mishti also has a right to see her baby. She records the baby’s movement to show it to Mishti. Later, Kuhu returns home. She shows the reports of baby’s progress. She tells them that she can feel the baby’s movement. She is happy with the feeling of a new life growing in her. She shares her joy. She wants the baby to be just like her.

Kuhu doesn’t want to show the reports to Mishti. Meenakshi wants Kuhu to share the reports with Mishti. Kuhu angrily tears the reports while presenting it to Mishti. She blames Mishti for tearing the reports. She asks Mishti to stop being jealous and insecure. She promises to give away the baby to her. Abir and Meenakshi know that Mishti can never tear the baby’s reports. They know Kuhu had done it again. Abir defends Mishti, while Kuhu goes on insulting her.

Mishti cries on failing to see the reports. Parul stops Mishti from leaving. She shares the video of the tests. Mishti gets joyed seeing her baby. Kuhu didn’t know Parul would do this. She refuses to leave the reports with Mishti. Meenakshi doesn’t like Kuhu’s drama. She learns that Abir has seen the legal papers. She scolds the lawyer for not keeping the matter to himself. She faces Abir, who questions her move. She tells him that it was Kuhu’s greed, Kuhu wanted to go for surrogacy to secure Kunal’s future.

She further adds that she wants to give the business share to Kunal. Kunal overhears them. He tells Abir that he doesn’t want any property or business share. He just wants his family. He makes it clear that he isn’t interesting in any assets. Abir feels proud of him. Meanwhile, Kuhu makes another plan to insult Mishti. She turns wicked. She pours the hot tea on herself. She shouts to call the entire family. She lies that Mishti had thrown the hot tea to hurt her. Abir knows it well that Mishti isn’t such a person to harm others. He believes Mishti, while Kunal believes Kuhu. Kunal takes Kuhu’s side.

The brothers get into an argument because of Kuhu’s lie. Kunal tells that Mishti is troubling Kuhu a lot. Kuhu asks Mishti to realize her big sacrifice and stop troubling her. She hurts Mishti’s sentiments by the rude taunts. Abir can’t tolerate it. He loses his control on his rage. He can’t see Mishti broken into tears. He confronts Kuhu for choosing to become Mishti’s surrogate for the sake of Mishti’s love. He wants to reveal the truth that Kuhu made a deal to give the heir to Meenakshi, she had claimed a big share of business instead the baby.

He wants Kuhu to tell the truth to Kunal. He asks Kuhu who had forced her to do it. He knows the person who manipulated her. He tells that he will forgive her if she admits the truth, but if she lies again then she will fall in her own eyes. Kuhu is tensed and lies to him again. Abir gives her a fair chance to tell the truth. He requests her a lot. Kuhu comes up with a drama of uneasiness. She asks Kunal to help her. Kunal wants Abir and Mishti to leave Kuhu alone. Kuhu thinks she got saved. Mishti understands that Abir is hiding something. She asks Abir if Kuhu has taken an advantage. Abir tells her the entire truth of Meenakshi and Kuhu’s deal.

This shocks Mishti. Mishti feels bad that everyone has their personal motives behind helping them. She decides to talk Kuhu. Kuhu admits the truth to Kunal that she has become a surrogate against her will just to get a business share for him. Kunal is disappointed with her. He rejects her help. He never imagined Kuhu is helping Abir and Mishti for her selfish greed.

Reviewed Rating for this particular episode Yeh Rishtey Hain Pyaar Ke 5th October 2020 Review Update: 3/5
This rating is solely based on the opinion of the writer. You may post your take on the show in the comment section below.