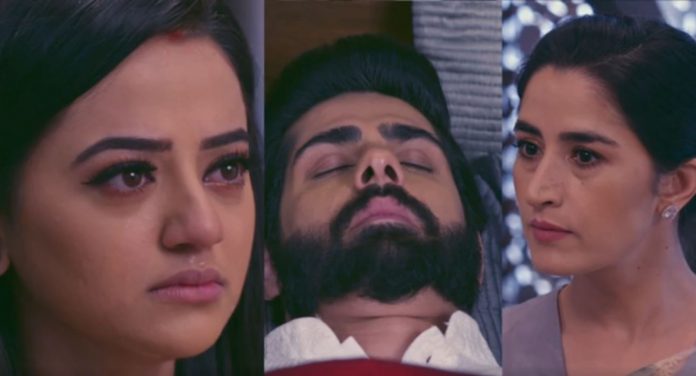 Ishq Mein Marjawan 7th October Update Upcoming sneak peek Riddhima falls shattered on seeing Vansh poisoned. She sinks into memories of Vansh caring for her and protecting her from every possible difficulty. Somewhere, she feels she has failed in her duty as his wife.

Also, she holds herself responsible since Anupriya had sent the poison for her, which affected Vansh. She thinks if she hadn’t upset Anupriya, then this day could have been avoided. Vansh’s state wasn’t expected by Anupriya as well. Anupriya doesn’t want Vansh to die.

She wants Vansh to get jailed, so that Kabir takes his place. Riddhima rushes to Vansh’s aid. She believes that Anupriya is responsible for Vansh’s condition. She is much shocked to see a mother not concerned for her son. She remembers Anupriya’s drama after burning the painting. She realizes Anupriya had lied to her even that time. She suspects Anupriya’s involvement with the secret enemy, her son, who is still a mystery for her.

Riddhima decides to give Anupriya the final warning. She doesn’t want to think of anything before exposing Anupriya’s truth to the family, without respecting Anupriya’s relation with Vansh. Soon, Kabir’s truth will get known to Riddhima. Kabir pledges to defeat Riddhima in her own plans. How will Kabir restrict Riddhima’s feelings for Vansh? Keep reading.

Reviewed Rating for this particular episode Ishq Mein Marjawan 7th October Update Sneak peek: 4/5
This rating is solely based on the opinion of the writer. You may post your take on the show in the comment section below.

Choti Sardaarni:
Sarabjeet learns that Vikram is Manav, Meher’s ex-lover. He tells her that Manav is her past, but now they shall be living together. He doesn’t want to judge her based on the past. He tells that they shall make their future better. Meher tells Manav that she is not the Meher he loved, she now loves Sarabjeet. Manav tells Meher that she was his life, she is his life and will always be the same. He is ready to do anything for her sake. Manav shoots down Sarabjeet in front of Meher.