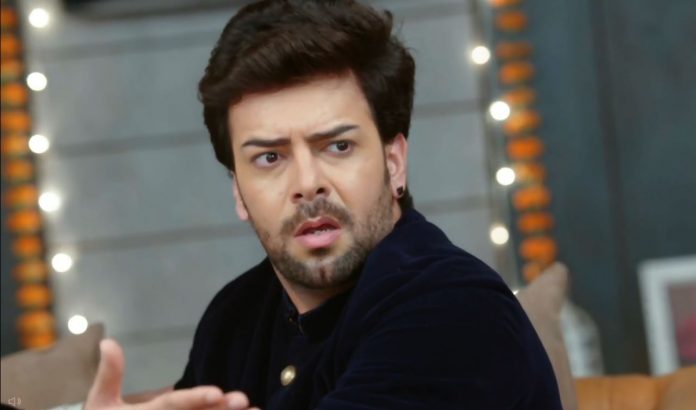 Kundali Bhagya 12th October 2020 Written Update Shrishti meets Preeta Pawan wants Prithvi to gain consciousness since Preeta has given her nod for the marriage. Pawan feeds him the black coffee to get him to senses. He sees Preeta burning the rope. He gets her at gun point. Pawan happens to see Shrishti at the window. He catches her up and likes her. He asks her who is she and why is she here. She tells that she is Preeta’s sister. He takes her to Preeta.

Preeta sees Shrishti in trouble. She commands Pawan to leave her sister free. She gets angry at him. Pawan happens to like bold and daring Shrishti. Shrishti frees Preeta from the ropes. Pawan tells that the marriage will happen well now since the bride’s sister is here. Preeta tells that pandit doesn’t know marriage mantras, he just knows to conduct funeral puja. Pawan angrily realizes his goon’s mistake and slaps him.

Mahira misbehaves with Sarla. Rishabh stops Mahira. Sarla tells the family that Preeta has married Karan for a reason. Bani asks her to tell the reason that Preeta cheated Karan to marry him. She justifies that Karan married Preeta since he wanted to take revenge on her. Sarla doesn’t want to tell the reason to the family, since Sherlyn and Mahira can frame Preeta once again. She tells that she will not tell them anything until Preeta comes and tells the reason herself.

Kareena insults her. Sarla tells Rakhi that Preeta loves her equally as she loves her own mother. She asks Rakhi to trust Preeta. She wants to know what is Mahira doing in their house if they accepted Preeta as their Bahu. She tells that Preeta can’t tolerate Mahira in her house. She asks Rakhi to imagine how Mahira would be insulting Preeta, if Mahira is daring to misbehave with her in front of her. She blames Mahira. Ramona asks Sarla not to accuse Mahira.

Sarla tells them that Mahira got the letter, which isn’t Preeta’s handwriting. Karan suspects Mahira. Sarla tells them that Mahira would have written the letter. She accuses Mahira behind Preeta’s disappearance. She feels Rakhi should have made Mahira out of the house. She doesn’t want Rakhi to trust Mahira. She wants to find her daughter. Mahira tells that Preeta has gone with Prithvi. Sarla tells them that Preeta can never leave Luthra family, else she would have not come to stay with them. She cries that her daughter isn’t a weak person, if she didn’t come to her mother’s house, then it means she is in danger.

She feels Preeta has been wronged by Mahira. She tells that Rakhi is responsible for Preeta’s leaving, Rakhi should have accepted Preeta and given her the rights in the family. She is sure that Mahira knows about Preeta. Rakhi feels bad.

Rishabh consoles Sarla. Sarla feels responsible to send Preeta to unfaithful Luthra family. Janki is worried for Preeta. She wants to rush to Preeta and help her. She finds the goons. She has to stop the marriage some how. She frees herself. She wants to teach a lesson to the goons. Moreover, Bani asks Sarla not to blame Rakhi if Preeta is missing. She tells that Rakhi has kept the reception for Preeta. Sarla tells that Rakhi should have thrown Mahira out of the house instead keeping the reception. Rakhi gets heartbroken.

She silently goes away. Kareena asks Sarla why did she lecture Rakhi. She praises Rakhi for being so good-hearted, that she didn’t answer back Sarla to hurt her. She defends Mahira as well. She tells that Preeta has really eloped with her lover. Ramona wants Sarla to stop the drama. She stops Sarla from blaming her daughter. She asks Kareena to make Sarla leave. She wanted to leave the house. She tells that Kareena and Rakhi stopped her to get her insulted by Sarla.

Janki finds a way to teach a lesson to the goons. She threatens them and makes a leave from the room. She looks for Preeta. Sanjana and Ramona insult Sarla. Rishabh takes a stand for Sarla. He wants the family to understand what Sarla means to say. He tells that they shall focus on the matter to find a solution. Sarla refuses to leave until Preeta comes. She tells that she is in Karan’s house, who is her son-in-law. Karan and Rishabh take care of Sarla. Ramona fills Bani’s ears against Sarla.

Pawan doesn’t want Preeta to act smart and run away. Prithvi gets conscious. He tells Pawan that he is heartbroken. Pawan tells Prithvi that he has got Preeta for him. Prithvi can’t believe that Pawan has kidnapped Preeta for his sake. He also finds Shrishti captive. Prithvi wants to keep his image good in front of Preeta and acts good. Furthermore, Mahira reminds Sherlyn their plan to kill Mahesh. She wants Sherlyn to kill him as soon as possible before Sarla exposes them.

Reviewed Rating for this particular episode Kundali Bhagya 12th October 2020 Written Update Shrishti meets Preeta: 3/5
This rating is solely based on the opinion of the writer. You may post your take on the show in the comment section below. 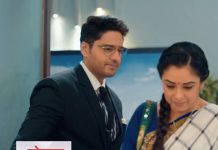 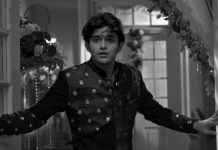 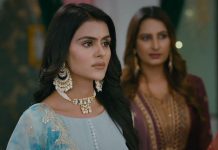