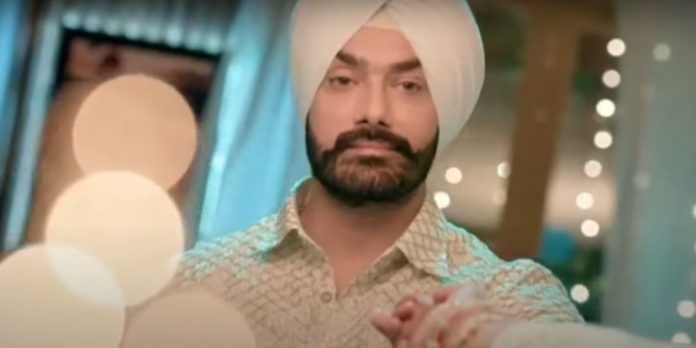 Choti Sardarni Written Update 10th October 2020 Live Meher tells Sarabjeet about Manav and her love story. Sarabjeet tells Meher that he doesn’t care for her past, since their marriage completed nearly a year, he doesn’t want to know anything about her past. Meher wants to get rid of her past baggage by revealing the only secret hidden from him. She tells him that the story is of Meher and Manav.

She tells him that Meher now loves him, from the bottom of her heart. She confesses her love for Sarabjeet. She tells Sarabjeet that he knew the guy in her story, that was Manav, who now resembles Vikram Diwan. Sarabjeet is shocked to know that Vikram is Manav’s lookalike. He also knew Manav personally. Meher gets rid of the past burden on her heart by confessing the entire truth to Sarabjeet. Meher also reveals Manav’s murderers to him.

She exposes Kulwant’s ugly truth. She tells him that Kulwant, Bittu and Rana together killed Manav by deceiving him with an invite to talk about the alliance. Sarabjeet can’t believe the painful and sobbing story. It reminds him of Meher’s hatred for her mother Kulwant. He realizes that Meher didn’t wish to meet her brothers ever. She was much annoyed with her brother for killing her love Manav. He understands her past behavior which he felt odd at times.

Meher apologizes to him if he is having any complains. Sarabjeet tells her that he has many complains, since she has tolerated everything alone without confiding the truth with him. He wanted her to share the burden of sorrow with him. Sarabjeet is affected that she is still having the sorrow in her heart. Meher tells him that she isn’t the old Meher now, she had died along with Manav’s death. She tells him that she is alive just because of his love. She admits that she loves him and is alive just for his sake. Sarabjeet is grateful to her.

He tells her that he will always keep her love in heart. He wants to get justice for Manav. He promises Meher that he will get her family punished, the murderers will be punished for the crime. On the other hand, Kulwant is happy that she has fooled Vikram and got rid of him. Meher promises Sarabjeet to be always loyal towards his love and relation. Sarabjeet and Meher confess love to each other and have a hug.

Moreover, Manav waits for Meher in the hotel lobby. Meher waits for Sarabjeet and calls him. He messages her that they will be winning the case the next day, it will be their last night in Serbia, which they should celebrate together happily. He invites Meher for a special surprise. Meher doesn’t know what is he surprising, but goes curious to find out.

Meher reaches the lawn and gets lovely clues from Sarabjeet. She finds the romantic surprise, while Sarabjeet stays hidden from her and follows her secretly to see her reactions on his surprise. Meher loves his dramatic entry. Sarabjeet leads her to the next clue. He asks her to find him if she can. He likes the cute chase moments between them. He creates the super special moment between them. Manav is misled by the wrong room number. He learns that Meher is still not back at the hotel. He waits for her and thinks they are just few moments away. Meher wants to surprise Sarabjeet as well.

They spend intimate moments on the background song Phir Se Khuda playing for bringing more intensity in the romance scene. Sarabjeet gets fruit champagne for her. Meher tells him that she trusts him more than herself. Meher and Sarabjeet’s romantic union becomes the prime highlight of the show, which wasn’t expected in the Saturday episode itself. Manav creates a havoc in Meher’s life by making a comeback. Meher emotionally breaks down on seeing him alive. She learns that Vikram Diwan is her Manav. What will be Meher’s decision now? Keep reading.

Reviewed Rating for this particular episode Choti Sardarni Written Update 10th October 2020 Live: 5/5
This rating is solely based on the opinion of the writer. You may post your take on the show in the comment section below.