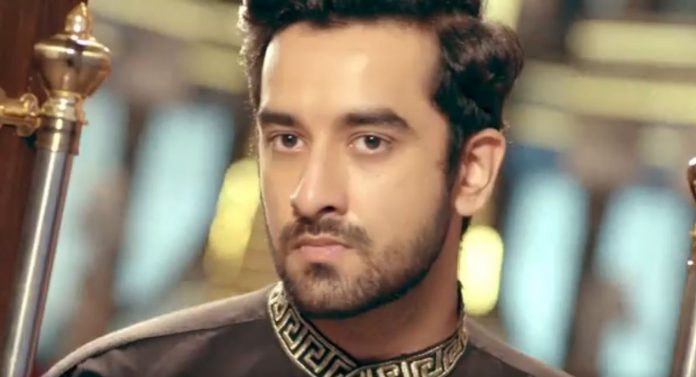 Ishq Mein Marjawan 12th October 2020 Written Update Big twists Riddhima checks for Sejal in Chanchal’s room after getting the watch in the corridor. Riddhima doesn’t find Sejal. Sejal tries to get her help. Riddhima confronts Anupriya about the kidnapping. She didn’t know that Anupriya will kidnap her friend to hurt her. She requests Anupriya to spare her friend, who is innocent.

Anupriya denies to know anything. She doesn’t know where is Sejal and who kidnapped her. Riddhima threatens to expose her past to Vansh. She tells that she will reveal about her son when Vansh comes home. Anupriya knows Vansh will always have faith on her. She isn’t scared. She asks Riddhima to go ahead and tell any story to Vansh. Riddhima tells that Vansh will trust her. She leaves Anupriya with the warning. Anupriya wants Kabir to find Sejal and kill her before Riddhima reaches Sejal.

Meanwhile, Aryan and Chanchal make a plan to inject the truth serum to Sejal and know the truth of Riddhima’s past. They are sure that Sejal will blurt out every truth connected with Riddhima’s past life. Aryan asks Chanchal not to worry, the truth serum is safe. They get a shocker when they find Sejal missing from the box. On the other side, Riddhima learns that Badrinath is nowhere when Dadi needs his help. She offers help to Dadi. Dadi wants her to get decked up for the puja before Vansh arrives home. Riddhima has many plans on meeting Vansh. Vansh too plans a romantic surprise for her. He decides to express his feelings to Riddhima.

Kabir finds Sejal in Chanchal’s room and kidnaps her. Sejal is threatened by Kabir. He tells her that he can kill her in a moment. He wants her to just obey him. Riddhima wants Vansh to come home soon. Vansh calls her up to ask about her favorite roses. She asks him to come for her sake. She misses him a lot. She wants to tell him about Sejal. She thinks Vansh will help her in finding Sejal and saving her from Anupriya. Vansh is glad that Riddhima is waiting for him, which means she also loves him. He gets excited to meet her. Riddhima suspects Anupriya. She thinks Anupriya has hired Badrinath to take help. She looks for him.

Kabir realizes that she just had a doubt on him, but she didn’t see Sejal. He removes the mask to reveal its him. He fools Riddhima with his lovey dovey drama. She asks him why didn’t he inform her before coming if he has come to help her. She questions him for taking a new disguise. He makes a story to fool her well. He convinces her that its her love that he restlessly reaches her to rescue. Sejal finds him too mean. Vansh reaches home with a surprise for his wife. Kabir lies to Riddhima.

Riddhima believes him. She shares the problem about Sejal’s kidnapping. She tells him that Sejal is like fmaily to her. She wants to save Sejal from every trouble. Sejal is threatened by Kabir that he will kill Riddhima as well if his true face gets exposed. Sejal keeps quiet to save Riddhima’s life. She decides to not expose him. Kabir misleads Riddhima that Vansh is behind Sejal’s kidnapping. Riddhima trusts Vansh. She doesn’t believe Kabir this time. Kabir promises her that he will find Sejal.

Vansh misses to see Riddhima and Kabir together. Riddhima asks Kabir to just go away from VR mansion before Vansh arrives. She thinks she can find Sejal by herself. It gets clear that Vansh is still far away from the home, and it was Aryan who seemed to make an entry like Vansh. Aryan tells Chanchal that they are safe since Sejal has run away in fear without telling anything about them to Riddhima.

Chanchal wanted to separate Riddhima and Vansh by using the past secrets. Aryan tells that he will find Riddhima’s lover and bring out the truth to Vansh. He wants to fulfill his revenge. Riddhima anxiously waits for Vansh. Vansh really arrives this time with a surprise. Sejal tricks Kabir and manages to run away. She tries harder to reach Riddhima this time. Kabir and Anupriya chase her.

Anupriya pushes Siya downstairs. Siya screams and gets everyone’s attention to her, while Kabir catches hold of Sejal. He manages to get rid of Sejal with the help of Mishra. Siya’s accident saves Anupriya and Kabir. Vansh takes care of his sister. He is much worried for Siya. Siya doesn’t want him to worry. Vansh gets emotional. Riddhima has no idea that Kabir is her enemy in disguise of a friend. Anupriya helps Kabir escape with a clean chit. But, Vansh sees Kabir and stops him to question. Riddhima is terrified that her truth may come out. What will happen next? Keep reading.

Reviewed Rating for this particular episode Ishq Mein Marjawan 12th October 2020 Written Update Big twists: 4/5
This rating is solely based on the opinion of the writer. You may post your take on the show in the comment section below.