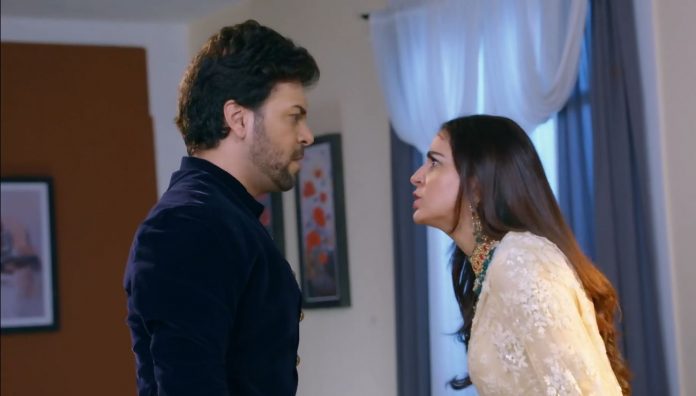 Kundali Bhagya 13th October 2020 Written Update Preeta refuses to marry Prithvi Preeta informs Shrishti about Janki attacked by Pawan’s goons. Pawan scolds his goons for their big mistake to get a wrong pandit. Preeta tells that the marriage can’t happen until Prithvi wakes up. Shrishti asks Pawan to let them go. She threatens Pawan. He isn’t scared. He asks her not to be kiddish. He waits for Prithvi to get conscious. Preeta asks Pawan to let her go. He asks the goons to just tie them up and shut their mouths so that he gets some peace to think about arranging a pandit. Janki wants to take Preeta out safely.

She hides from the goon. She gets tensed. Meanwhile, Rishabh takes care of Sarla. She weeps that Preeta is always blamed. Rishabh tells her that he has many questions for his family, not her. He knows she has a right to question Rakhi. He tells that he felt bad that she has blamed Rakhi. Sarla doesn’t want to hurt anyone.

She asks him where is Preeta. He tells her that he will find Preeta, he will fix everything and answer her questions. Sameer comes to question him about Preeta. Rishabh tells him that they have to find Preeta. Pawan threatens pandit. He asks him to learn marriage mantras on the internet and conduct the marriage. The pandit agrees to save his life. Moreover, Prithvi turns conscious and meets his brother Pawan. He asks when did he comes.

Pawan asks him why did he drink too much. Prithvi tells that he is heartbroken. Pawan tells that he knew about it and got his happiness. Prithvi can’t believe to see Preeta and Shrishti kidnapped. Preeta asks Prithvi to help her. Prithvi asks who had tied up Preeta. He asks Pawan to free Preeta. Pawan asks him to not free her and just listen to him once. Prithvi tells Preeta that he can’t see her in trouble, he will be back. Pawan takes him to explain him.

Sherlyn tells Mahira that she can’t even speak against Sarla. She finds Mahira mad to just think of Karan. Mahira tells that if Mahesh wakes up, then their truth will be exposed. Sherlyn is also afraid. Mahira wants to become Karan’s wife to secure her future. Pawan hugs Prithvi. He asks him to never try to risk his life.

Prithvi tells him that Preeta loves him a lot, she doesn’t realize it. He feels that Karan has come between their love story. He wants to marry Preeta and defeat Karan. He tells that he wants to see Karan’s loser face, Karan should be alive to taste the defeat. Preeta denies to marry Prithvi and takes a strong stand. There is a fight sequence when Janki tries to save Preeta. Prithvi attacks Janki in rage. How will Preeta save herself? Keep reading.

Reviewed Rating for this particular episode Kundali Bhagya 13th October 2020 Written Update Preeta refuses to marry Prithvi: 4/5
This rating is solely based on the opinion of the writer. You may post your take on the show in the comment section below.