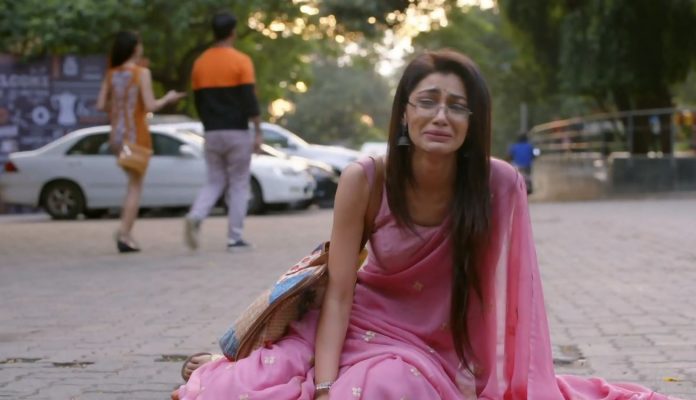 Kumkum Bhagya 16th October 2020 Written Update Pragya shatters Rhea feels Pragya never loved her and that’s the truth told by Aaliya. She hates Pragya and misunderstands her. Abhi reprimands Aaliya for provoking Rhea against her mom. He tells her that she has done wrong. Aaliya tells that she has done right and he will soon understand it. He rushes to call back Rhea and explain her. Rhea doesn’t answer his calls. Pragya asks Rhea to talk to her once.

Rhea scolds Pragya when the latter tries to explain tat she loves her. Rhea tells that Pragya is selfish to leave her own daughter, she is a stain on motherhood. She tells that she has left her other daughter for her selfish reasons. Pragya wonders how did Rhea know about her past. Abhi further scolds Aaliya for saying nonsense to Rhea. He tells that Rhea will hate her mom a lot. He wants to know why did she lie to Rhea about Pragya. Aaliya lies to him once again.

She tells him that he doesn’t love Rhea well, Rhea feels unlucky that her mom has left her and chose the other girl. She tells him that Rhea was asking why didn’t her mom come to meet her. Abhi tells Aaliya that Pragya didn’t come since they changed their house. Aaliya tells that Pragya could have met Rhea some how by finding his address, after all he is a popular man.

Abhi tells her that Pragya had come on festive and came to meet Rhea, but Aaliya was the one who made her away. She tells that Rhea is lonely, she feels her mom left her and her dad doesn’t care for her, Rhea loves Ranbir, but even their alliance isn’t fixed by now. Abhi regrets knowing he has failed as a father. Vikram returns home and invites Abhi home for tea. Aaliya gets relieved that Abhi left. On the other hand, Ranbir and Prachi have a romantic moment.

She wants to forget everything. Pragya breaks down and falls on the road after Rhea leaves. Rhea can’t see her in pain. She feels sorry. Pragya wants to know Rhea’s connection with her. Ranbir and Prachi spend quality time. Ranbir’s hand burns while making the tea. Prachi cares for his burn wound. He tells that he can read her face. He wants her to read his heart to know his feelings. Rhea visits Pragya’s house and sees Ranbir with Prachi. She gets heartbroken. She can’t believe that she lost Ranbir forever.

Reviewed Rating for this particular episode Kumkum Bhagya 16th October 2020 Written Update Pragya shatters: 5/5
This rating is solely based on the opinion of the writer. You may post your own take on the show in the comment section below.