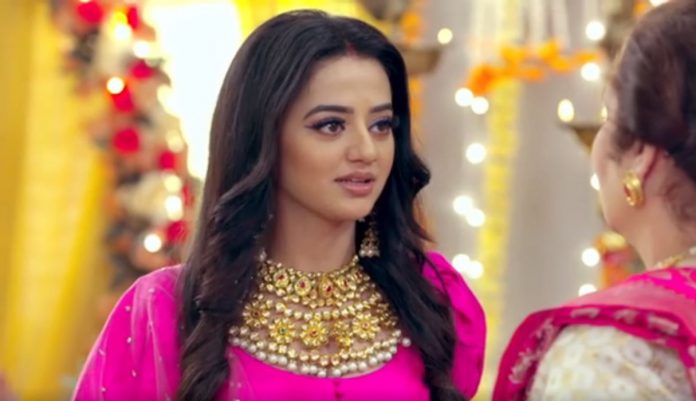 Ishq Mein Marjawan 19th October 2020 Written Update Riddhima’s next move Riddhima checks the video once again in Vansh’s laptop. She wants to know the culprit. She forwards the video to the point where she stopped. Ishani comes as a big hindrance. She wants to know what is Riddhima spying in Vansh’s laptop. She tells Ishani that she was checking Rangoli designs. Ishani asks her to show the designs to her. Ishani checks the designs. Riddhima tries to trick her.

Chanchal spoils the kheer which was to be kept as bhog. She wants Dadi to blame Riddhima. She scolds Dadi. She asks Dadi to punish Riddhima. Dadi knows Chanchal has spoiled the bhog to accuse Riddhima. She vents anger on Chanchal for intentionally spoiling the bhog. She tells that she has seen her adding the lemon in the kheer. She can’t imagine Chanchal falling so low. She lectures Chanchal for her immature act. Riddhima wants to make bhog again. Dadi tells that she has already made the bhog after seeing Chanchal’s move.

Dadi gets the ancestral necklace for Riddhima. Chanchal always wanted the necklace. Dadi wants Riddhima to have the necklace according to her right. Riddhima feels blessed. She accepts the gift. Anupriya fills Chanchal’s ears. She asks Chanchal to join hands with her. They both decide to make Riddhima out of the house. Dadi wants them to get ready for the aarti. Dadi tries to talk to Vansh about Riddhima. She finds both of them upset.

She wants them to keep their relation well. Vansh tells her that Riddhima and he don’t have any trust, Riddhima doesn’t believe him. She tells him that he should try and win her trust. She explains him the relationship of marriage and love. Aryan tries to trouble Riddhima. She observes him and learns that he is a left-handed person. She wants to know if he has killed Ragini. He tells her that she doesn’t know much about him.

He doesn’t think he did any crime. Vansh agrees to struggle and put efforts in winning Riddhima’s trust. He asks Dadi to give him some idea. Dadi tells him that once he gets Riddhima’s faith, their relation will get strong. Riddhima drops the memory card unknowingly. Aryan gets it stuck on his shoe. Riddhima prays to get the memory card back so that she can prove Vansh innocent. Dadi is glad to see Vansh agreeing to her request. Vansh wants to win Riddhima’s trust. He wants to tell her everything about her past.

Vansh gifts a red lahenga to Riddhima. She likes it a lot. He tells her that he has done it on Dadi’s command. She derives the meaning from his silence. He asks her not to connect dots all the time. She tells him that she will always keep Uma’s lahenga as her mum’s last sign. She thanks him. He gets emotional. She requests him to attend the Aarti. He doesn’t listen to her. Riddhima thinks Vansh has taken a step towards her. She promises to prove him innocent. Who is Ragini’s killer? Keep reading.

Reviewed Rating for this particular episode Ishq Mein Marjawan 19th October 2020 Written Update Riddhima’s next move:5/5
This rating is solely based on the opinion of the writer. You may post your own take on the show in the comment section below.