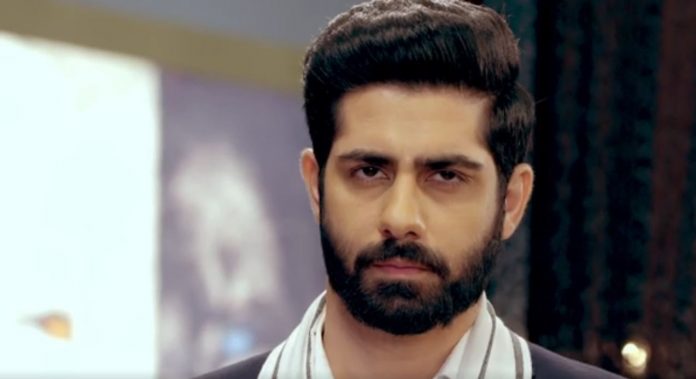 Ishq Mein Marjawan 20th October 2020 Written Update Tellyreviews.com Riddhima makes up her mind to win Vansh’s heart. She thinks the nine days of Navratri will give her a chance to win his love. She has fallen in love with Vansh. She now blindly trusts him. She can’t hear a word against him from anyone. She finds him a true person. She thinks he isn’t dual faced like his family. She can’t stop singing Vansh’s praise. She wants to prove her love to Vansh. She hopes that she wins his trust. Vansh also takes an initiative towards Riddhima on his Dadi’s request.

Dadi thinks if Vansh and Riddhima out equal efforts, then they can balance their lives well. She tells that the relation will turn so strong that no one can break them apart. Vansh is high on hopes that Riddhima will love him and accept his love once he confesses. He doesn’t want to hurry. He wants to get clear that she will open up her past before him. It so happens that Riddhima really decides to tell him everything about her past with Kabir. She wants to keep transparency with Vansh to win his trust. Similarly, Vansh also decides to open up his past with Ragini. He thinks its necessary to end Riddhima’s growing doubts and misunderstandings.

Riddhima waits for Vansh for the Garba function. The family doesn’t think he will come. Riddhima lays her trust on him. She tells them that she is very sure that he will come on her request. The family laughs on her big hopes. Vansh’s arrival pleases Riddhima a lot. Dadi is also happy to see them coming close. Vansh gets mesmerized seeing her looking stunning in his mum’s clothes. Vansh can’t move off his eyes from her. He decides to tell her everything, answer her every question about his past and not keep any secrets.

She thanks him for keeping her trust. She wants to just end their distance. She wishes he understands her initiative. They happily perform the aarti. Anupriya and Chanchal make an evil plan to hurt Riddhima. They keep nails under the carpet to hurt Riddhima brutally. Riddhima and Vansh light the diya as guided by Dadi. Riddhima happily wishes that she unites with Vansh. She suspects Aryan to be Ragini’s murderer, but has no proof.

Riddhima is lost thinking about the memory card. She hits on Vansh’s hand by mistake while playing garba with him. He gets upset that she doesn’t want to dance with him. He goes away. Riddhima finds the memory card before Ishani and Aryan got it. She doesn’t let them take the card. She gets to hear Aryan’s taunts. She wants to show the footage to Vansh once the Garba function ends.

She thinks to make up for her mistake. She leaves the family impressed by starting a rocking dance act. She performs in the function. She brings much spark in the Garba by her stunning performance. Vansh falls for her even more watching her lovely dance. Riddhima loses balance, while Vansh comes to her help. He can’t see her getting hurt. He doesn’t know his mother’s conspiracy against Riddhima. Riddhima gets injured by the nails. Vansh finds her screaming and looks for her. He finds her upstairs and runs to help her. Vansh proves his immense care for Riddhima. The next episode will bring some good moments between Vansh and Riddhima, but Riddhima gets suspecting Vansh again knowing he is also a left-handed person.

Reviewed Rating for this particular episode Ishq Mein Marjawan 20th October 2020 Written Update Shocker for Vansh:3/5
This rating is solely based on the opinion of the writer. You may post your own take on the show in the comment section below.