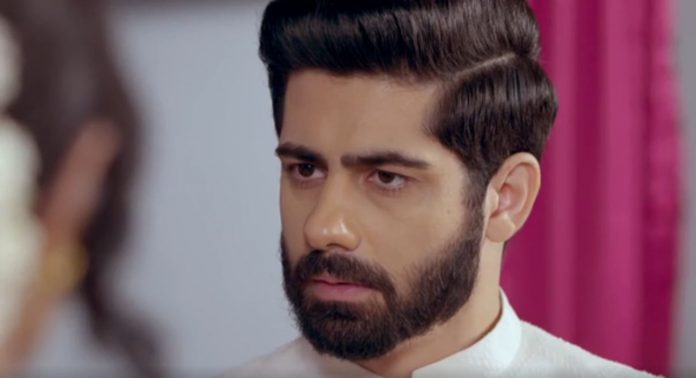 Ishq Mein Marjawan 21st October 2020 Written Update Vansh’s rage awakens Vansh saves Riddhima in time and gets into a moment with her. Chanchal feels her plan failed again. Vansh manages to save the lamp also. Riddhima tells that she is fine. She is thankful to him. Ishani reveals that Vansh is ambidextrous. Riddhima is shocked to know this. She confirms this from Vansh as well. This makes her recall the culprit in the video who was a left-handed person. Her happiness gets over in a second. Vansh suspects the carpet. He removes the carpet and finds the nail bed. He wonders who has come up with such a deadly plan for Riddhima. He throws away the carpet. Riddhima finds the memory card fallen again. She doesn’t want to lose the card. Vansh lifts her before she could take the card.

He cares for Riddhima’s wounded feet. He tells her that nothing is important than her. He takes good care of her and gets Dadi for help. He promises to not spare the culprit, who has hurt her. Riddhima gets confused about her. Chanchal is terrified. She tells Anupriya that Vansh will doubt them and then find out the truth.

She is scared of the punishment. Anupriya asks her not to worry, nobody had seen them into the act. She admits that she had done everything to kill Riddhima. She advises Chanchal to be normal and not let Vansh doubt them. Riddhima asks Vansh why didn’t he tell her that he is ambidextrous. Vansh tells her that something had happened in the past that changed him. He tells that since then he had stopped using his left hand.

He recalls his crazy love for Ragini. He recalls the past which gets questioned by Riddhima again. She asks Vansh if it is related to Ragini. Vansh loses his cool on her questioning. He asks her to learn trusting relations rather than lecturing him on trust. She asks if he trusts her. Vansh tells that he trusts her, else he would have questioned her about her secret spying. He tells that Ishani had informed him everything.

Riddhima wants to know who had hurt her. Ishani overhears Anupriya and Chanchal’s conversation. She tells them that she got to know the truth. Anupriya reminds Ishani how she had tried to harm Riddhima. She asks Ishani to go ahead and inform Vansh if she wants. Ishani doesn’t want to tell him anything. She thinks Riddhima deserves the punishment. Vansh confronts them for hating Riddhima so much.

He knows they don’t like Riddhima. He didn’t know Anupriya can commit such a crime to kill someone. Vansh lectures them a lot out of disappointment. Riddhima looks for the memory card. She finds it tough to find it. Aryan comes in her way to challenge her. She doesn’t want him to be overconfident. She tells him that she will soon expose his truth. He takes her words lightly.

She tries to trigger his fears about his old secret coming out. She tests him by asking him about Ragini. She wants to prove Vansh innocent. She sees Aryan’s expressions and thinks he is the culprit. She wants to protect Vansh, just like Vansh who wants to protect Riddhima as a shield. Vansh wants his family to limit their madness. He doesn’t want to hear anything against Riddhima. He warns Ishani to stay out of his personal life. He leaves them with a stern warning, since they are aware of his rage. Riddhima gets glad when Dadi returns the locket and memory card to her.

Riddhima tells Dadi that the card belongs to Vansh. She feels lucky that she found the card. She wants to find out the truth. Aryan informs Chanchal that Riddhima had threatened him about the old secret. He realizes that Riddhima got the memory card which contains the proof. He fears that Ragini’s truth is going to come out. Anupriya wants Riddhima to bring out the truth soon. Who is Ragini’s killer? Keep reading.

Reviewed Rating for this particular episode Ishq Mein Marjawan 21st October 2020 Written Update Vansh’s rage awakens:3/5
This rating is solely based on the opinion of the writer. You may post your own take on the show in the comment section below.