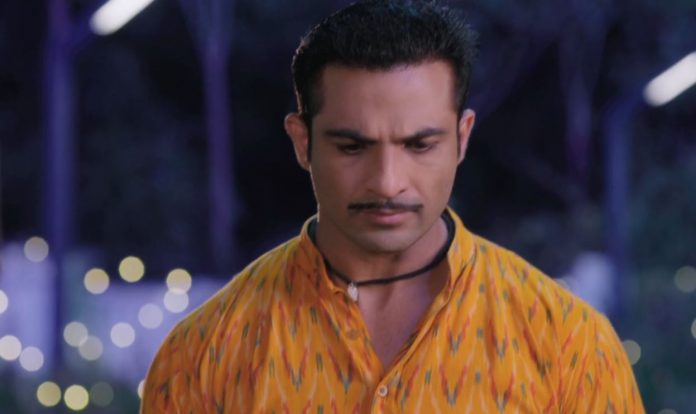 Saath Nibhana Saathiya 2 26th October 2020 Written Update Ahem’s truth to come out Kanak and Hema have a talk about Gehna’s earring. They want to insult Gehna. They want to prove that Gehna is worthless and can’t keep any responsibility. They keep the earring safe. Gehna looks for the earring outside. Kanak is worried because of Kokila, who is always alert.

Anant tells Kokila that he got a case to surprise Praful. Kanak and Hema hide in the kitchen. Kokila suspects someone’s presence. When she shouts, they come out. They drop the earring there. The earring goes inside the cake. They lose the earring. Kokila asks them what were they doing. Hema tells that she was feeling hungry and came to have something. Anant tells that they can have anything they want, after all the party is for them. Kokila stares at the Bahus and feel they are up to something wrong.

She wants to keep an eye on them. Gopi falls down and shouts to Ahem for help. Ahem holds her hand. She asks his help. She wants to see his hand, if there is her name tattoo. She thinks if he is Ahem, then why is he behaving like a Brahmachari. She finds him shy of women. She wants to find about Ahem from Gehna. She finds Gehna already worried. Gehna runs to help Gopi. Gopi asks her not to tell Kokila about her fall. Kokila looks for Gopi. She misses to see Ahem. Kanak and Hema ask Gehna about her earring.

They want to know the cheque amount. Praful receives the cheque and gives it to his wife Jamuna. Anant gets the cake on the stage. He wants his parents to cut the cake. Kanak gets to see the earring inside the cake. She wants to take the earring before anyone sees it. Anant finds Kanak insulting Gehna and feels bad. Furthermore, Gopi enquires about Ahem. She asks Gehna about Ahem. She learns that Ahem has come in their lives 5 years back. Gopi realizes that he is her Ahem, who has lost his memory. She wants to unite Ahem with family.

Reviewed Rating for this particular episode Saath Nibhana Saathiya 2 26th October 2020 Written Update Ahem’s truth to come out:2/5
This rating is solely based on the opinion of the writer. You may post your own take on the show in the comment section below.