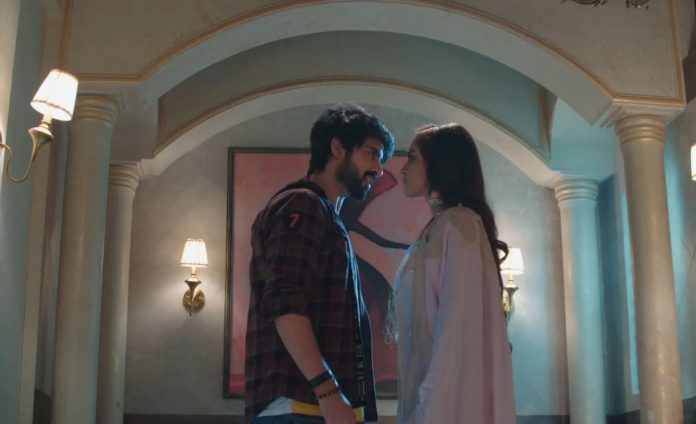 Yeh Hai Chahatein 27th October 2020 Written Update Rudra proved innocent Prisha wants to prove Rudra’s innocence in Kirti’s murder case. She assures the police that she will be getting the evidence to support Rudra. Rudra confronts Prisha for her lies. Prisha and Rudra get on bad terms. He misunderstands her due to Yuvraj and Mishka’s conspiracy. Rudra confronts Prisha for her lie that she was with him last night. He wants to know if she is acting great to save her husband. He doesn’t melt his heart towards her. He remembers her cheat.

He doesn’t want to forgive her. He can’t forgive her misdeeds ever. He hurts her heart by shooting sharp accusations at her. Rudra and Prisha learn that a lady had killed Kirti. Mishka is worried since she had killed Kirti. The police gets Mishka’s earring. Ahana is also clueless about Mishka’s crime. She tells Balraj that Rudra is proved innocent after the police investigation. Balraj doesn’t think anyone from their family can kill Kirti. Mishka throws away the earring out of the car, while Prisha watches her doing so. Prisha gets certain that Mishka is involved in the murder.

Shashi takes a stand for Sonam, when Dhruv and his family tries to oust her once again. Dhruv tries to throw out Sonam. Shashi takes an unexpected decision. He supports Sonam and Dhruv’s friends also. He is sure that Sonam will get some support from the family. Sonam is thankful to Shashi for the support. She feels it will be her last day in the house, since no one would go against Nutan. She apologizes to Shashi if she has hurt him. Shashi wants to see who is righteous in his family. He isn’t afraid of anything. He wants Dhruv to come on the right path again. Shashi tells the family that Sonam needs a team to support her. Nutan makes a team against Sonam. She gets Sheetal and Milky on her side.

Kusum learns that her daughters want to attend a party at the night club. She throws a party at home. She joins her daughters, being young at heart. KT takes Preeti for lunch. They discuss Aryan’s marriage contract, which they won by much difficulty. KT and Preeti get surprised with the party. Preeti tells that Kusum has sent them back in their 20s. KT wants Preeti to get rewind to their old times. He tells that the times have changed. He wants the youngsters have to help them in arranging a good party for Aryan. He wants to find a new way to entertain the hearts. He tells that Aryan’s cocktail party will be a superhit. Preeti gets hopeful.