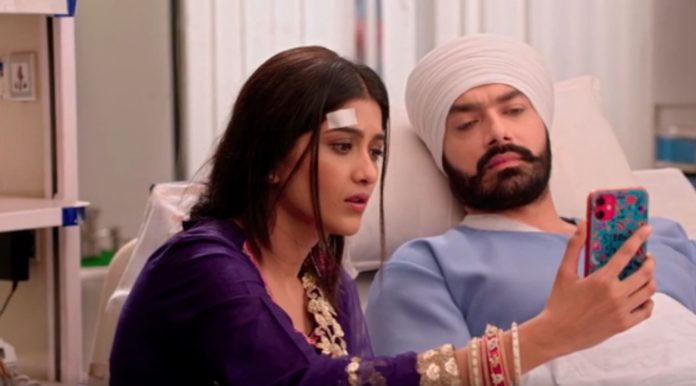 Choti Sardarni 29th October 2020 Written Update Kulwant finds escape route Kulwant wants to prove her innocence. Sarabjeet tells that police will find the evidence, since she is she suspect. She does a drama to make them emotional. She tells that she will commit suicide and die. She asks the policemen to shoot her and ends the matter. Bittu and Rana also act that they will die. Meher stops their drama. Kulwant wants them to think of their children.

She tells that their children will lose their respect in the school. Sarabjeet is sure that the children will be proud knowing they punished the evil doers. Kulwant tells that they will be ashamed. Meher takes care of Sarabjeet. Kulwant wants Meher not to do any drama, when she knows that Manav is alive. She threatens to tell the secret to Sarabjeet.

She tells that Manav will free her from the police. Kulwant and her sons get arrested. Meher gets a relief. She informs Sarabjeet that he has kept his promise. He tells that he can give his life to keep his promise. He adds that he can die for her sake. Meanwhile, Manav is much upset to think about Surya. He didn’t wish Surya to leave them. Aditi tries to share his pain. She asks Manav about Surya’s accident. Manav tells that it was just an accident.

Aditi understands his emotions, since he loved Surya a lot. She wants to become his courage. She doesn’t know why he is upset with her. Manav feels sorry for Seema. He sees her in the white saree and cries. Seema blesses Vikram and Aditi. She tells that time will heal their wounds. She is glad that she has her son. She wants to live for her son.

Moreover, Kulwant and her sons reach the police station. She wants the inspector to allow her to make one call. Inspector asks whom will she request. She asks him to call Vikram Diwan. Inspector calls Vikram on her insistence. She is sure of Vikram’s support. She wants Vikram to know her arrest news. She thinks he will come running to save her. Manav learns that Sarabjeet got Kulwant and her sons arrested for Manav’s murder case. He takes the decision for Seema’s sake. He ignores Kulwant. Inspector lies to Kulwant.

She worries that Manav didn’t come to help her. She is put inside the lockup. Sarabjeet speaks to Seema and gives her a condolence for good-hearted Surya. He forgives his attacker Surya and shows a big heart. Seema enquires about the attacker. Sarabjeet lies to her to conceal Surya’s crime. Manav is glad that they didn’t tell anything to Seema. Sarabjeet asks Meher to meet Seema once. Meher praises him for not having any complains with Surya. Sarabjeet tells that they have to lie to Seema. He wants her to keep the secret.

He knows the secret will spoil the terms between both the families. He doesn’t want Seema and Aditi to suffer. Kulwant requests to get her phone. She gets to speak to Param. Param gives her updates about the family. She guides him to take care of Karan. She asks Param to help he too. Manav asks Seema to take medicines on time. Aditi and Manav speak to Param. Kulwant catches Manav on the conference video call. Kulwant threatens Manav. She asks him to stop her from appearing in the court. She tells that she will get his DNA test done and bring out the truth. Manav agrees to help her.

Reviewed Rating for this particular episode Choti Sardarni 29th October 2020 Written Update Kulwant finds escape route:3/5
This rating is solely based on the opinion of the writer. You may post your own take on the show in the comment section below.