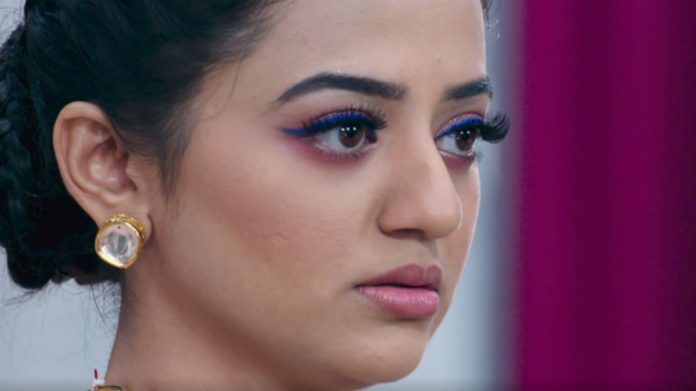 Ishq Mein Marjawan 29th October 2020 Written Update Riddhima struck again Vansh and Riddhima come closer despite all the odds. Chanchal is worried that Vansh and Riddhima are coming closer. Aryan doesn’t lose. He adds that he will find Riddhima’s weakness to break Vansh’s faith on her. Ishani adds a liquid in the mehendi and haldi plate meant for Riddhima. Dadi carries the plate to Riddhima. She wants Riddhima to apply it herself.

Dadi wants to see the mehendi colour to know how much Vansh loves Riddhima. Riddhima pleases Dadi. Chanchal gets angered to watch Vansh and Riddhima. Riddhima gets itching on her hand. Vansh suggests her to remove it. She wants to keep it for long so that the colour gets dark. He wants her to wash her hands to avoid the skin allergy.

Meanwhile, Ishani refuses to have the mehendi applied by Angre. She doesn’t want any drama. Angre shouts on her for mocking the rituals. Ishani gets humiliating Angre. Angre controls his temper. He doesn’t expect anything good from her. Vansh looks for Riddhima. He checks on her. She gets scared to show the rashes on her hands. Vansh is terrified to see such a bad reaction in a short time. He wants to know the reason for the wounds. Riddhima tells Vansh that just she had a reaction with the henna. She states her allergy with henna.

She doesn’t care for the wound. She feels bad for Dadi, whose hopes will break on seeing her hurt hands. Vansh understands her feelings. He has no belief in such customs. He adds that the henna colour can’t be any certificate for their relation. He keeps her heart by applying coloured designs. She writes his name and mentions how special he is for her. They share a moment of joy. Dadi likes Riddhima’s mehendi, which proves Vansh’s love. Chanchal and Ishani hurt Riddhima’s feelings. Dadi gets speechless.

Vansh takes a stand for his wife and impresses Dadi and Riddhima. Anupriya, Ishani and Chanchal want to separate Vansh and Riddhima. They have individual plans to hurt Riddhima. Kabir informs Anupriya about Riddhima’s change of mind and intention. He tells that Riddhima doesn’t want to give him the chip.

He wants to find the reason. He asks her to find the chip which carries a big evidence against Vansh. She assures to find out the footage. Anupriya wants to spoil Riddhima’s Karwachauth. Vansh sleeps, which gives a chance to Riddhima to mock his anger. He catches her act. She is surprised to find him alive.

A funny moment brings them together. He likes her imitating him. She brings a smile on his face and compliments him. She wants him to always smile. Vansh romances Riddhima willingly from his heart for the first time. Riddhima gets such a moment with much difficulty. She wants to be true to him before making a new start. She is afraid of losing him. She tries to break the truth to Vansh. She tells that she also had a past. Vansh has no interest in knowing her past.

Riddhima wants to keep all the duties of his wife. They hold hands to promise each other. Ishani creates a scene to avoid the fast. Riddhima compels her to keep the fast. Anupriya belittles Riddhima in her own way. She drops Riddhima’s sargi to further cause a bad omen.

Reviewed Rating for this particular episode Ishq Mein Marjawan 29th October 2020 Written Update Riddhima struck again:3/5
This rating is solely based on the opinion of the writer. You may post your own take on the show in the comment section below.