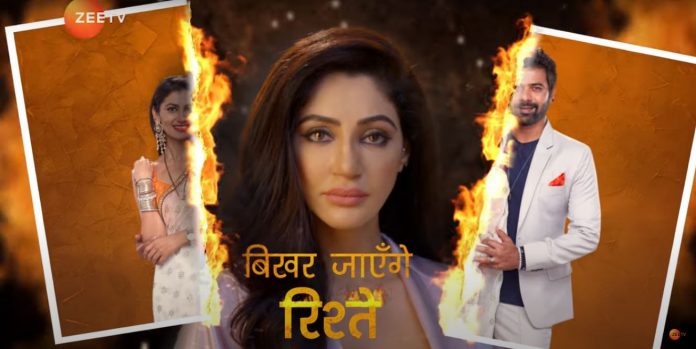 Kumkum Bhagya 30th October 2020 Written Update Aaliya plots to kill Pragya Pragya is much distressed for her daughter Rhea. She tells Rhea that she loves her a lot since her birth. She wants Rhea to know that her mother loves her. She weeps for Rhea. She feels guilty that she is responsible for Rhea’s state. She tells that she has always kept gifts for her every birthday. She knows Rhea has grown up, but she can keep the gifts.

She doesn’t want Rhea to hate her. She has no answers for Rhea’s questions. She knew they have a relation. She wants to fix everything. She feels she couldn’t fix anything between Prachi and Rhea. She knows Rhea is insecure with Prachi for her own reasons. She wants Rhea to love Prachi. She tells that their hearts have always told them about their relation. She wants Rhea to get up and talk to her once. Ranbir comes to the hospital to meet Rhea and convince her to back out from their alliance. He is sure that she will understand his feelings.

He tells that their relation can be of friends, if Rhea understands. He wishes Pragya was Rhea’s mom, so that Rhea was never so egoistic. Nurse tells Ranbir about Pragya’s meet with Rhea, who is emotionally attached. He thinks Aaliya is with Rhea, since Aaliya loves Rhea the most. Pragya cries on seeing Rhea’s burns.

She tells that she took the wrong decision to get separated from Abhi. She feels her daughters are paying a price for their separation. She apologizes to Rhea. Ranbir comes to see Rhea. He finds Pragya with her. He apologizes to her for interrupting. He wants to know why is Pragya crying for Rhea. Pragya tells that Rhea would not wish her to return in her life. She doesn’t want to hurt Rhea further. She is affected by Aaliya’s words.

She makes a leave from Rhea’s room, while the latter gains consciousness and calls her out. Pragya senses her call and stops for a moment. Rhea wants to see Pragya. She stops on recalling their bitter truth. She thinks Pragya will never come to her. She thinks her wait for Pragya will be never ending. She tells that Pragya will never come back to her. Pragya leaves from there. She doesn’t want Ranbir to tell anyone that she came to meet Rhea. Ranbir knows Pragya cares for Rhea, she is much selfless to care for Prachi’s enemy.

Meanwhile, Prachi tries to reach Pragya. Ranbir calls her and learns her tension. He doesn’t reveal about Pragya. She tells that she is finding Pragya. He tells that he met Pragya, she is fine. She thanks him for the information. She tries to get a cab. Abhi passes by. Prachi doesn’t take lift from him, recalling his anger. Abhi sees Prachi on the road and goes to speak to her. He gets emotional. He wants to tell her that he is her dad.

Prachi apologizes to him for hurting his feelings. She asks him the reason for his tears. She worries for Rhea. She tells that she is looking for her mom. She feels sorry that her mom scolded him a lot. Abhi tells that her anger was justified. She doesn’t want him to regret their meet. She defends herself in Rhea’s matter. He doesn’t want her to say sorry. Abhi doesn’t want to talk of anything that hurts their heart. She wishes that she could stop such things from happening.

She tells that she doesn’t need her dad ever. Abhi gets more hurt on hearing this from her. He wants to tell her about their relation. He offers to drop her home. She wants to go to the hospital, where Ranbir had seen Pragya. She tells that Pragya is at the hospital. He realizes Pragya went to meet Rhea. He asks Prachi if Pragya told her anything on phone. Prachi doesn’t know anything. He feel foolish to not identify his own daughter. He has to depend on Pragya to make Prachi accept him as her dad. He doesn’t want his life’s important relation to break. Aaliya plans to kill Pragya. Prachi and Abhi realize that Pragya’s life is in danger. Will Abhi be able to save Pragya in time? Keep reading.

Reviewed Rating for this particular episode Kumkum Bhagya 30th October 2020 Written Update Aaliya plots to kill Pragya:5/5
This rating is solely based on the opinion of the writer. You may post your own take on the show in the comment section below.