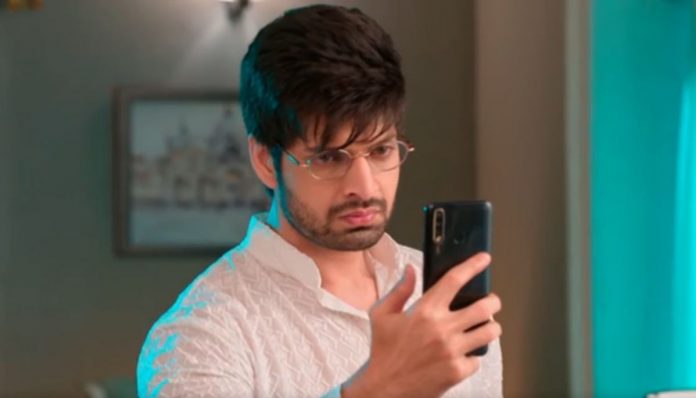 Choti Sardarni 30th October 2020 Written Update Karwachauth twists Meher and Sarabjeet spend moments of peace together. He wants to go home soon. He misses his children. Meher tells that she is also missing the kids a lot. He asks her to hug him if she is missing Param as Param taught her on the video call. She tells that they will talk to the kids online. Kulwant meets them and shocks them. She tells them that the police has released her, since she is innocent.

She tells that none can get her jailed, Vikram has helped her out, since he has a proof that Manav is alive. She asks him to see the video sent by Vikram. They get to see Manav alive. Sarabjeet asks Meher how is Manav alive. Kulwant tells that he can’t file murder case on her when Manav is alive. He tells that she still attempted the murder crime. She asks him to get Manav first to prove her crime. He finds her a big liar. He doesn’t know if she is saying the truth.

He wants Kulwant to be in police custody until they find Manav. He asks Meher why didn’t Manav come to meet her if he is alive. Meher doesn’t want to hide it from him. She thinks the truth will come out in front of him soon. He asks Meher to go and meet Seema. Meher leaves from the hospital. Vikram is very protective for Seema. He asks Aditi to handle the work and let Seema take rest. Aditi doesn’t want Seema to work hard. She tells that Seema had made sargi for her. Seema wants Aditi’s Karwachauth to go fine. She asks Vikram not to scold Aditi. She wants them to stay with love.

He calls her up, but she doesn’t seem to notice his call. She is heading to his house, while he leaves from his house to meet Meher. He misses to see Meher’s arrival. Aditi looks after Seema. Meher meets Seema to give condolence for Surya’s loss.

Meher forgives Surya for his crime. She is glad that Surya had given a family to Manav. She wishes for his soul peace. She knows he was a good person, who was helpless to commit that crime for Manav’s sake. Manav reaches the hospital to meet Meher. He heads to Sarabjeet’s ward to see her. He meets Sarabjeet, who questions him the reason for Surya’s hatred. He tells that he is recovering now, he regrets Surya’s death, but he is failing to understand the reason that Surya took such a step.

Manav tells that Seema is a heart patient, but she is handling the huge loss. He tells Sarabjeet that Surya knew some secret, which he isn’t aware of. He thanks Sarabjeet for not telling Surya’s name to anyone and saving their family. He is glad that Sarabjeet thought for Seema’s life. Sarabjeet feels sorry for their loss. Aditi tells Meher that Vikram doesn’t love her. She fails to know the reason that Vikram left her alone.

Sarabjeet doesn’t understand why Surya wanted to kill Meher, why Vikram was fighting with him that day, what was it all about. Manav tells that it was an attack to hide the secret, that Manav is alive. Sarabjeet asks him why did he help Kulwant and her sons. He tells that Kulwant is clever and cross any limits to save herself. Manav knows she is an evil lady. She has threatened him to get help. Param calls Sarabjeet.

Manav realizes that Sarabjeet loves Param and Karan a lot. Manav feels his connection with Karan. He asks Sarabjeet whom will he choose between Param and Karan if he is asked to decide. Sarabjeet tells that he loves both the children equally. He asks the reason for such a question. Harleen meets them and enquires about Seema. Manav makes a leave, unaware that Meher went to meet Seema. Harleen looks after Sarabjeet. Sarabjeet finds his behavior really weird.

Reviewed Rating for this particular episode Choti Sardarni 30th October 2020 Written Update Manav learns Karan’s truth:5/5
This rating is solely based on the opinion of the writer. You may post your own take on the show in the comment section below.