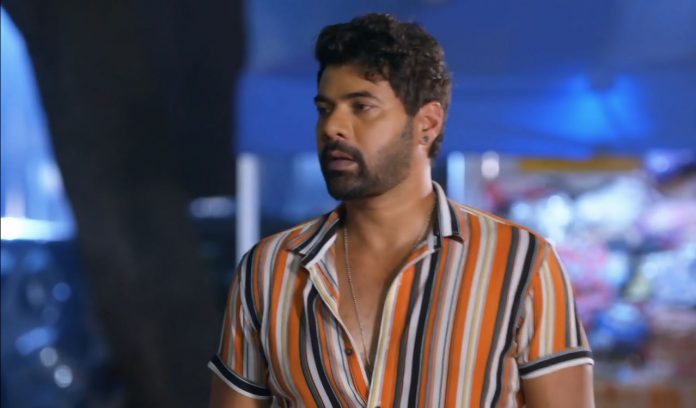 Kumkum Bhagya 2nd November 2020 Written Update Joy time for Abhi Pragya asks Abhi to drive well, else he may get more hurt if they meet with an accident again. Abhi apologizes to her. He finds her upset. He drops her home. He tells her that they have reached. Pragya doesn’t speak to him well in front of Prachi. Prachi cares for Abhi for his wounds. She tells him that she will make tea for him and also do the aid. She wants to thank him for saving his mum.

Abhi is glad to see her smiling again. He asks Pragya to tell the truth to Prachi. Pragya wants him to leave. He asks the problem that she is sending him away. He tells that Prachi should call him dad. Pragya knows his emotions. She wants their daughters to know their truth when their distance gets over. She doesn’t think its right time. Aaliya gets happy to see Rhea home. Ranbir brings Rhea home. Rhea wants to be at home.

Ranbir tells that Rhea wanted to come home. She wants to see Abhi. Pallavi tells that Ranbir will look after her like always. She wants to make sure that Ranbir always stays with Rhea. Aaliya thinks to inform Abhi that Rhea has come home. Pallavi wants Ranbir and Rhea to get married. She tells that her son will do anything on her saying. Prachi informs Sarita that Pragya has come home with Abhi. Sarita and Shahana were finding Prachi in the market. Prachi asks them not to worry.

He asks Pragya to help him meet his daughter by revealing the truth. She tells that Prachi won’t be happy on knowing the truth. Rhea tells Ranbir that she likes him a lot. He wants her to know that he isn’t interested in her. He tries to talk to her. Aaliya is glad to see them together. She doesn’t want Abhi to know that Rhea has come between Prachi and Ranbir. Abhi argues with Pragya when she stops her from revealing the truth to Prachi. She tells that its not the right time.

He tells that Prachi would be happy to know that he is her dad. Pragya asks him not to misunderstand. She wants to save Prachi from pain. She tells that Prachi will be hurt to know that he is her dad, who wasn’t aware of their relation. She asks him to think of Prachi’s emotions. She feels Prachi will be hurt knowing her own sister Rhea was after her life. She tells that they have to handle the matter maturely, the matter will not end if he tells the truth. He asks her to let him stay happy with his daughter.

She tells that Prachi respects him, she will be glad to know, but she will get questions in her mind. She asks Abhi if he is ready to answer Prachi about their separation. He asks her to answer Prachi since she decides to leave him. She tells that Prachi will question him the same things as Rhea has questioned her. She has taught Prachi to make relations. She wants him to give some time to Prachi. Abhi tells her that he is waiting for this day since 20 years when they stay together. He feels she doesn’t want their union.

She asks him to just know that she can’t hurt Prachi. She wants to protect her daughter from sorrow and secure her future. She tells that Prachi isn’t mature enough. She thinks of long term happiness. Abhi misunderstands her. He accuses her for making Rhea away from him. He tells that she knows the pain of being away from children. He asks why is she giving the same pain to him. He tells that he is much hurt that Prachi is away. He feels Aaliya is right, Pragya is taking revenge on him even now for Kaira’s loss.

She asks him to think of anything. She knows that Prachi isn’t ready to face the truth. She tolerates his blames. He regrets to trust her. She tells that she will not let her daughter suffer. He gets angered when she snatches his rights on Prachi. He snatches her rights on Rhea. He tells that she will never meet Rhea from now. He thinks Pragya doesn’t love him and Rhea. He sadly makes a leave on her saying. Pragya loves him a lot. Abhi also loves her a lot. They feel their longing and dream of a union. They get too sorrowful. Abhi weeps to lose Pragya by her odd decision once again.

Reviewed Rating for this particular episode Kumkum Bhagya 2nd November 2020 Written Update Joy time for Abhi:3/5
This rating is solely based on the opinion of the writer. You may post your own take on the show in the comment section below.