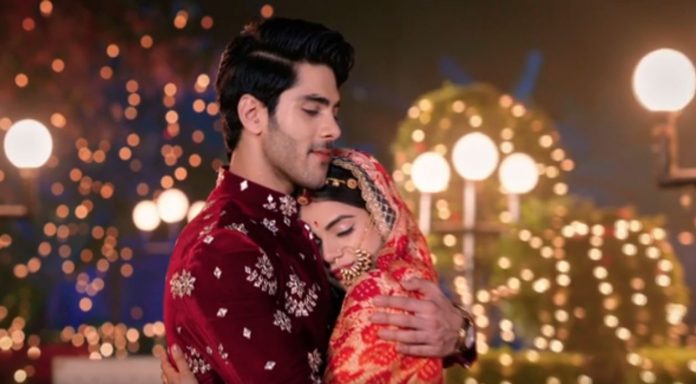 Shakti 3rd November 2020 Written Update Virat surprises Heer Preeto apologizes to Parmeet. She tells that she has done everything for Heer’s happiness. She knows that Virat agrees with her conditions. She wants Parmeet to trust her. Parmeet tells her that she will fulfill the conditions and make them take the remaining wedding rounds. She also wants to keep her conditions. She fails to understand Heer’s family.

She tells them that Heer will become her daughter from now. She tells that Heer will have to pay a big price to become the daughter of the house. She wants Heer to end her ties with her family. Heer enjoys the post marriage rituals in Virat’s house. The family is tensed that Parmeet gave them a clear warning. Mahi doesn’t want Preeto to take any step now. She asks Preeto to stop for Heer’s sake. She doesn’t want Preeto to create more troubles. Preeto gives up.

Virat recalls his big words spoken for his love for Heer. He finds it hard to explain the truth to Heer. He remembers that she is a kinner. Gurinder brings Virat and Heer together. Heer expects Virat’s romantic side. Virat shocks her. He tells Heer that they will not get together until they complete the remaining rounds. He tells her that they can’t have any wedding night until the wedding completes. Heer asks him if he is hurt for some reason.

Virat tells her that they can fulfill the conditions and then complete the wedding rounds. He asks her to have patience. Heer doesn’t want him to go away. She finds his behavior odd. She wants to know the right cause. She tells him that she knows his love for her. She doesn’t want to celebrate her wedding night, but doesn’t want her life to get incomplete. Virat can’t explain her that she is incomplete herself. She tells him that she has always dreamt of a happy marriage.

She wants to know if he cares or not. Virat tells that he doesn’t care for any conditions, but he is with her. He wants her to trust him. He tells that they aren’t incomplete now, since they are together. Gurinder enquires about the problem. Heer cries and shares about Virat’s thinking. Gurinder assures that she will speak to Virat. Virat tells that Heer will find his love sweet and bitter as well until she knows the truth. Gurinder questions him about the truth. Virat tells her that he wants to respect Preeto’s conditions. She asks him to think of Heer’s emotions.

She wants him to be happy that he is married to Heer. Heer imagines a romantic union with Virat. Her dream is left incomplete. Virat doesn’t want Gurinder to interfere in his life. He wants her to mind her own business. Gurinder feels hurt by his words.

He wants to handle Heer his way. Virat finds Heer crying. He can’t see her crying and plans something to give her happiness. He wants to keep her promise. Heer wants to know the fate’s game. Virat surprises her. He tries to cheer her up. He wants to prove that his love for Heer is pure like Harman’s love for Soumya. Virat makes Heer smile by charming her. He doesn’t want her to doubt on him. He gifts her with her favorite name Gulabo. He tells that he will call her Gulabo. This makes her very happy.

Reviewed Rating for this particular episode Shakti 3rd November 2020 Written Update Virat surprises Heer:4/5
This rating is solely based on the opinion of the writer. You may post your own take on the show in the comment section below.